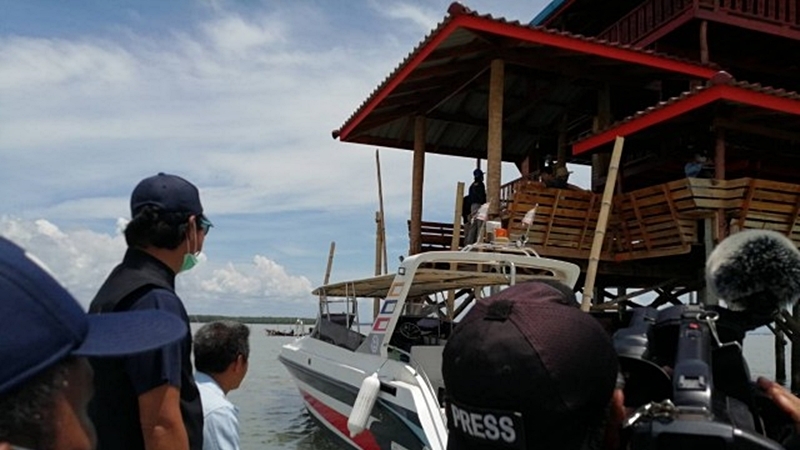 A group of men was arrested and guns and ammunition seized from two cottages located in the sea on an international wetland.

The move was a joint operation between Surat Thani police and Marine Department officers.

The Marine Department reported that the cottages, worth over Bt3 million, were raided as they trespassed Bandon Bay, which is an international wetland.

Local fishermen said they were often threatened by men who lived in the cottages not to catch clams near the buildings.

Prasert Chanjukorn, Lilet subdistrict chief, said a 100-rai area was used to raise clams, where no fisherman was allowed to enter.

The men were taken to the police station for questioning.

However, the incident was reportedly at odds with the instructions of Surat Thani Governor Witchawut Jinto, who had told the Marine Department’s provincial chief to explain to local fishermen not to catch clams in the area.