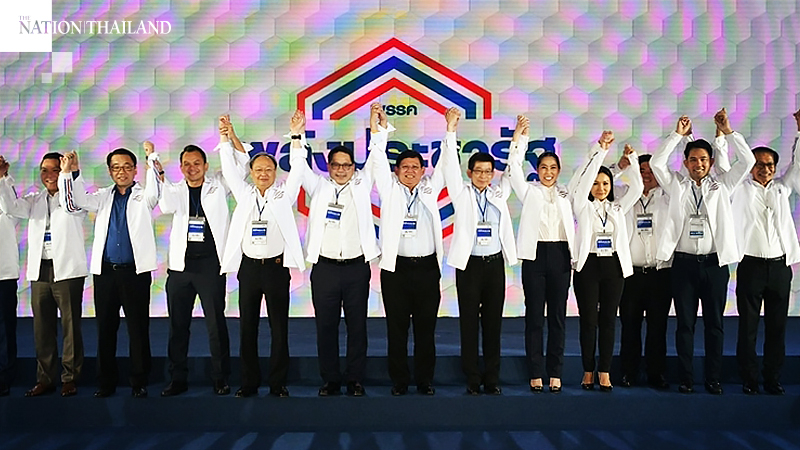 Members of Palang Pracharat Party (PPRP)’s executive board could tender their resignations today (June 1), paving the way for a reshuffle that will likely see party leader Uttama Savanayana and Sontirat Sontijirawong ousted, according to party sources.

Uttama also holds the post of finance minister while Sontirat is energy minister. Rumours have swirled for weeks that Deputy PM Prawit Wongsuwan is bidding to become PPRP leader ahead of a Cabinet reshuffle that could see Uttama and Sontirat ousted from Cabinet.

Justice Minister Somsak Thepsuthin, a PPRP board member, said today (June 1) that rumours of a party reshuffle in the board would become clearer this afternoon if the legal team filed a letter on the matter to the Election Commission.

However, any change inside the party must be detailed, considered and approved in the meeting, while the party leader will be the one who guides the new direction, Somsak added.

A PPRP source indicated that the rumour was true and that 26 of the 34 board members would resign.

The source said the 26 will make an announcement this afternoon at the new Palang Pracharat Party office on Ratchadapisek Road.