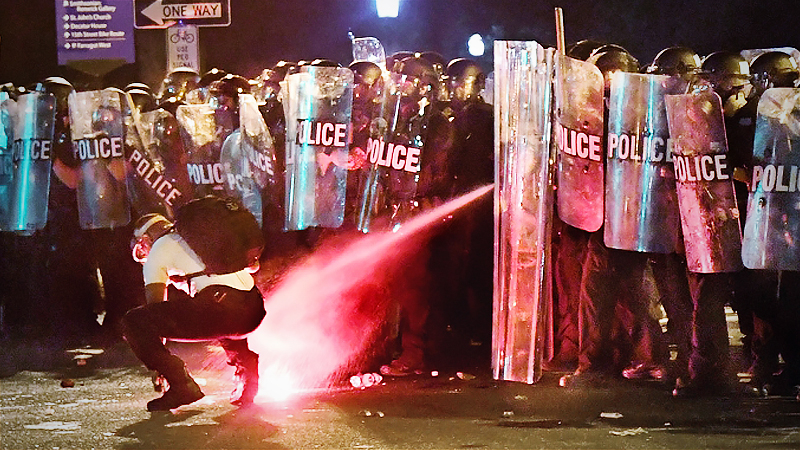 A protester went to retrieve a flare that had been tossed at police and was immediately doused with tear gas in a park across the street from the White House early Sunday. MUST CREDIT: Washington Post photo by Michael S. Williamson

The plans come as protests spread nationwide in the U.S. after the death of George Floyd, a black man who was filmed in his final moments telling a white police officer whose knee was on his neck that he couldn't breathe.

Protests have turned violent in many major U.S. cities including Washington. Protests flared again Sunday night in the blocks surrounding the White House, with droves of demonstrators chanting ahead of a curfew at 11 p.m. local time. Several buildings were vandalized with graffiti and broken windows, while fires erupted in the vicinity.