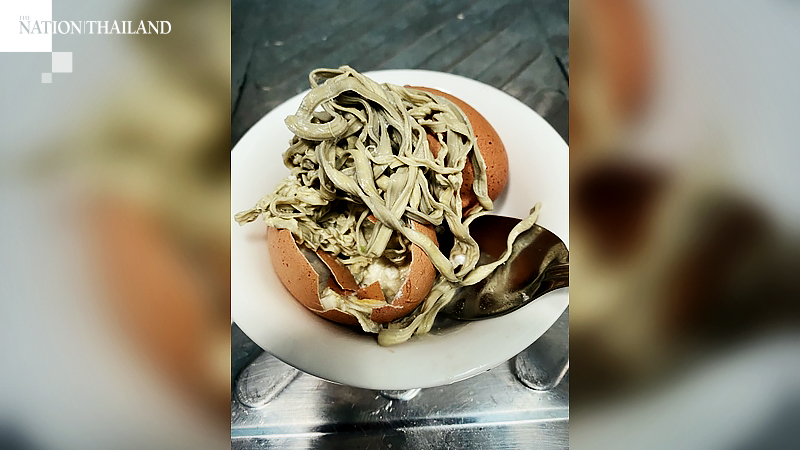 Tesco Lotus has announced that a sample of its eggs that took on a weird worm-like appearance after being boiled will be sent for testing.

Rangsiya Sara-uppatham, a 34-year-old Chonburi resident, yesterday (May 31) posted photos of the eggs, which she said she bought at a Tesco Lotus store.

To her surprise, the photos quickly drew attention from Thai netizens who were full of questions as to what had caused the bizarre phenomenon.

Tesco Lotus and the Department of Disease Control have sent representatives to check the sample of eggs and remove them for testing at a laboratory.

The test will take about a week. Meanwhile Tesco Lotus is checking its egg farms in an effort to get to the bottom of the mystery and make sure it does not happen again.