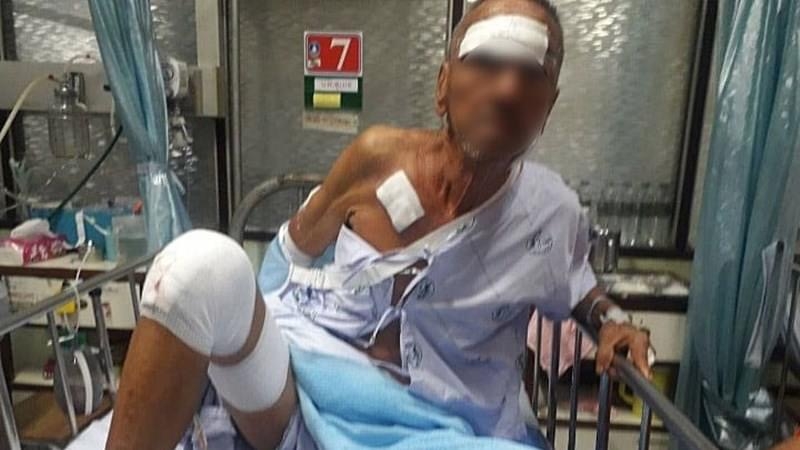 The owner of Facebook page “E.Kimmm” posted on Tuesday (June 2) that her father, a 78-year-old Alzheimer’s patient, was attacked by her neighbours because he mistakenly walked into the wrong house.

The incident took place on May 27 in Trat province.

According to the Facebook post, the neighbour, a member of the city council, got so infuriated by her father that he attacked the old man with a knife, leaving him with several wounds.

The daughter said that she reported the incident to police, but was told that the victim had to file the complaint in person.

Netizens, meanwhile, have responded by saying that all Alzheimer’s patients should be constantly monitored and wanted to know more details of the case so they can offer solutions.