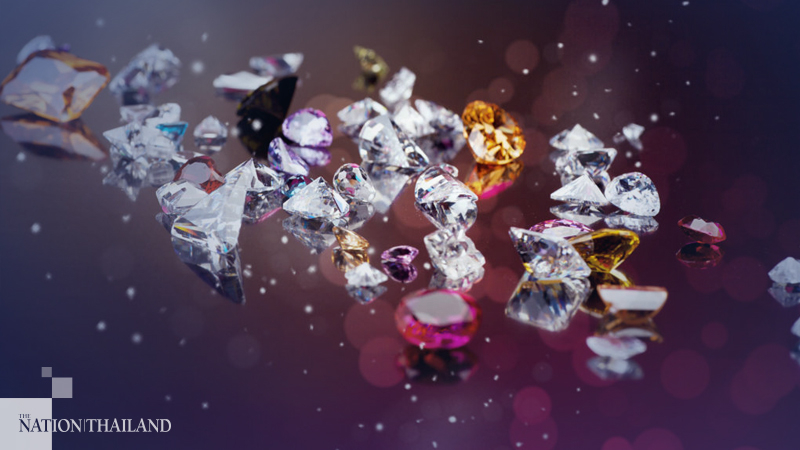 Export of gems and jewellery in the first four months of this year rose 114.84 per cent on the back of a 350.01 per cent jump in gold exports, Deputy Commerce Minister Weerasak Wangsuphakijkosol said on Tuesday (June 2).

Total exports in the period amounted to US$8.147 billion.

However, excluding gold the export of gems and jewellery amounted to $1.774 billion, down 25.31 per cent due to several countries’ lockdown measures to contain the spread of Covid-19, while people delayed purchase of unnecessary products due to the economic impact.

“The export of gold was worth US$6.372 billion, up 350.01 per cent, as most people were buying gold as a safe haven asset when the price of gold continued to increase during the economic slowdown,” Weerasak said.

He said that the export of jewellery made of silver, gold and platinum, as well as imitation jewellery decreased by 6.41 per cent, 34.1 per cent, 16.90 per cent and 29.09 per cent respectively.

“Meanwhile, the export of cut diamonds, hard gemstones and soft gemstones decreased by 34.77 per cent, 49.11 per cent and 34.71 per cent, respectively,” he said.

He said the export of gems and jewellery to Asean and Commonwealth of Independent States countries increased by 42.53 per cent and 46.92 per cent, respectively,

He advised entrepreneurs to focus on online marketing because the Covid-19 outbreak had changed consumer behaviour and they were morely likely to shop online and through social media platforms in the new normal era.

“Meanwhile, entrepreneurs must implement Covid-19 preventive measures to gain confidence among consumers who are concerned about their health,” he added.