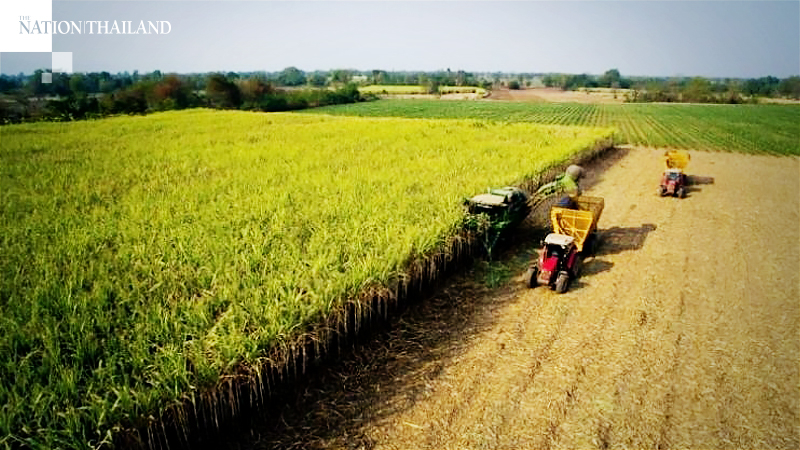 The Ministry of Industry has proposed offering cash subsidies to sugarcane farmers nationwide with a total budget of Bt10.231 billion.

“The campaign aims to help over 200,000 farmers prepare for the 2020-21 planting season,” said Kobchai Sangsitthisawas, the ministry’s permanent secretary, on Wednesday (June 3).

“The ministry expects to submit the proposal to the Cabinet next Tuesday [June 9].”

“The money will help farmers buy production factors and improve their liquidity as the price of last year’s crop was rather low at Bt750 per tonne. The subsidy would also help boost the local economy that has been affected by the Covid-19 outbreak,” he added.

The disbursement of the budget will be divided into two parts: Bt6.5 billion will be given to sugarcane farmers who sell their cane to domestic sugar factories at Bt85 per tonne, but not exceeding 5,000 tonnes per person. The second part of Bt3.5 billion will be paid to farmers who sell the whole sugarcane plant, not just the cane, to factories at Bt92 per tonne. The move is aimed to reduce the release of particulate matter lesser than 2.5 micrometres in diameter caused by the burning of sugarcane leaves. The rest Bt231 million will be earmarked for administration fee and interest.