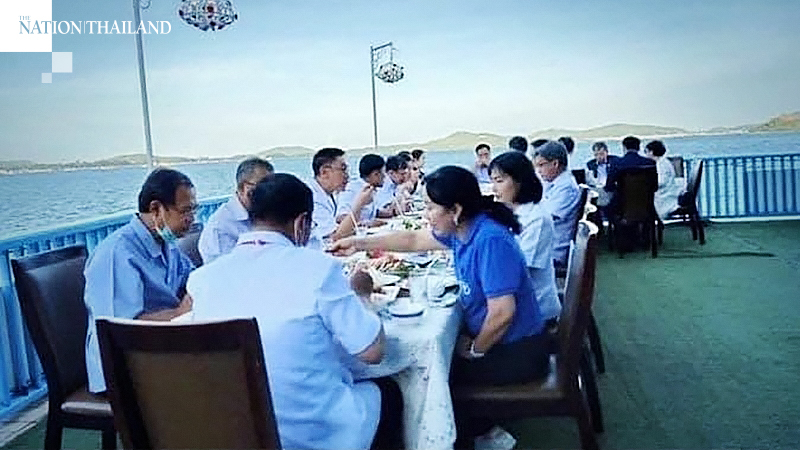 Public Health Minister Anutin Charnvirakul has become the focus of netizens’ anger after he and his entourage flouted social distancing rules while eating at a restaurant.

Photos of the minister and his party of 10 sitting close to each another over the meal have gone viral, prompting social media users to criticise Anutin for ignoring measures set by his own ministry.

The photos were taken on May 20 and posted along with a message – presumably by the restaurant owner – expressing gratitude to Anutin for visiting the restaurant.

A Facebook page named “Seal Psychiatrist” pointed out that while the Public Health Ministry has been emphasising the importance of the social distancing measures, its leader failed to do so.

The page noted that people learn how to behave from role models, and chided Anutin for failing in his duty to set an example for others.