Netiwit and fellow activists handed out the cookies to passersby in Siam Square and Chinatown before also attempting to present them at the Chinese Embassy.

Hundreds of protesters were reportedly killed on June 4, 1989, when Chinese troops launched a crackdown on a largely peaceful rally for basic rights being held in the Beijing square.

“We hope that eating the cookies will help [Chinese authorities] to feel remorse for violating basic human rights and learn from the Tiananmen massacre so they give up oppressing Tibetan, Uighur, and Hong Kong people as well as building dams to destroy the Mekong River,” he said. 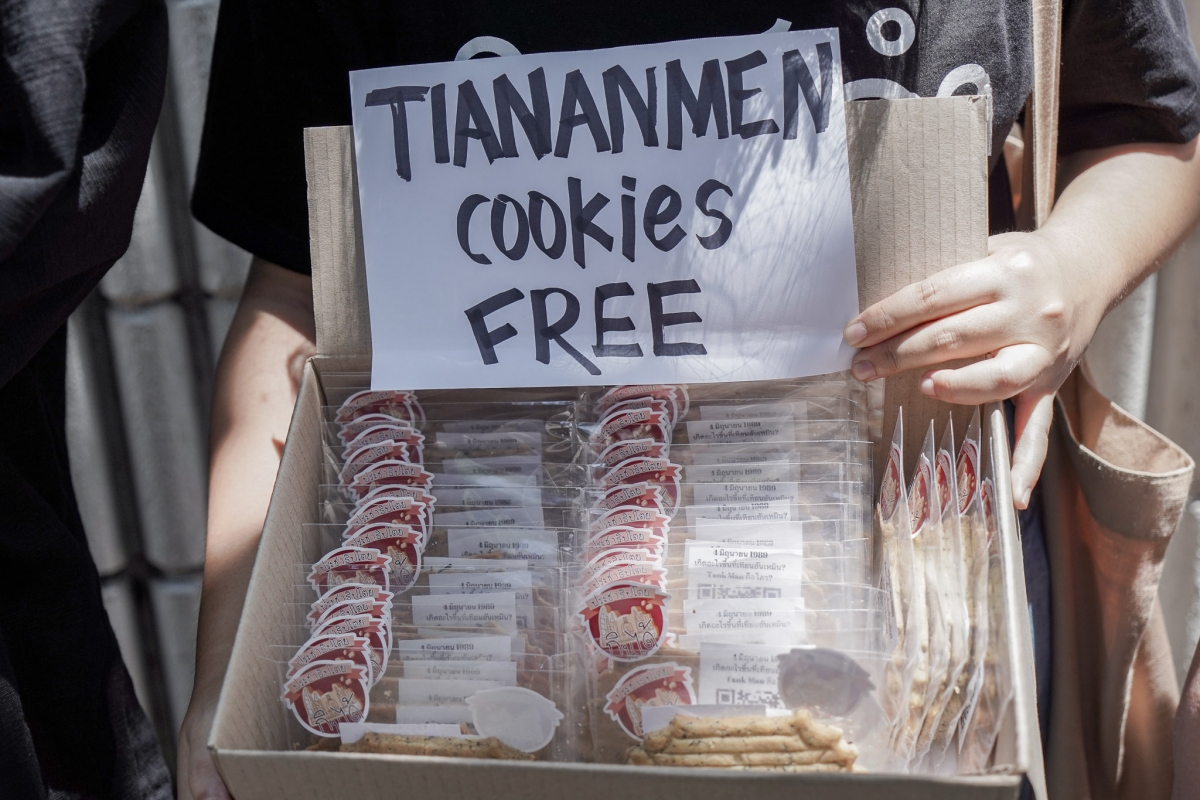 The cookies feature a picture of Tiananmen Square and “Tank Man”, the unarmed protester photographed standing in front of a column of tanks. The flavour is milk tea, to represent the so-called “Milk Tea Alliance” of countries that China is allegedly trying to dominate, such as Thailand, Taiwan and Hong Kong.

Netiwit also used the opportunity to promote a fund established to protect the Mekong River from China’s programme of dam-building.

Earlier this week, police banned Netiwit and other activists from holding a vigil outside the Chinese Embassy to mark the massacre, citing the Emergency Decree and risk of Covid-19 infection. The move drew criticism from some observers, who said the government was using the state of emergency to suppress free speech instead of the virus.