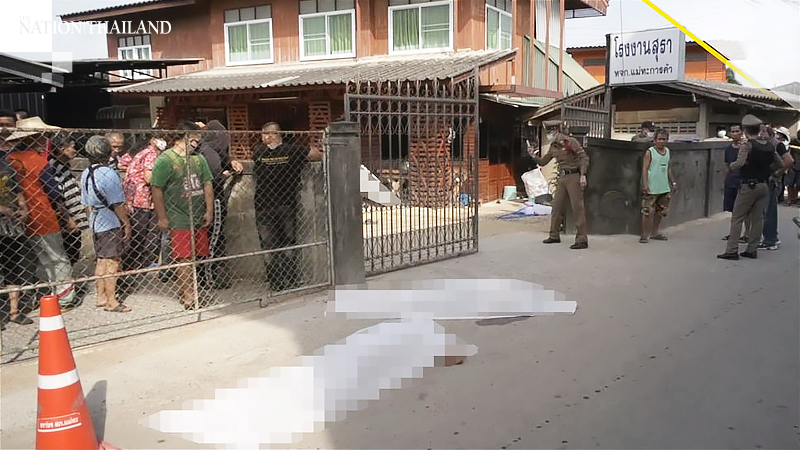 A Lampang man murdered two members of his family before committing suicide on Friday morning (June 5).

Identified as Somtop, aged 52, the assailant was found dead outside a house in the northern province’s Mae Tha district. Lying close by were the gun and knife he used in the attack, along with the bodies of his two male victims.

Witnesses said the killer and his victims were from the same family.

Police found the body of the first victim, identified as Ampon, 52, on the road with a gun wound to his chest. Nearby lay the second, Inkaew, 70, who had also been shot dead.

The incident began when Somtop attacked Ampon’s wife, Pannee, with a knife at a nearby shop, witnesses told police. The injured woman managed to escape, and ran into the road in search of assistance.

Ampon and Inkaew, Pannee’s father, rushed to the scene but were shot by the killer, according to police. Pannee managed to make it back to the house and hide herself.

Somtop then arrived back at the house and began hunting for the injured woman. After failing to find her, he sat at the table outside the house and shot himself with the gun.

Pannee was later was rushed to Mae Tha hospital before being transferred to Lampang hospital, where she is being treated for knife wounds.

Police are investigating to find what motivated the double murder-suicide .