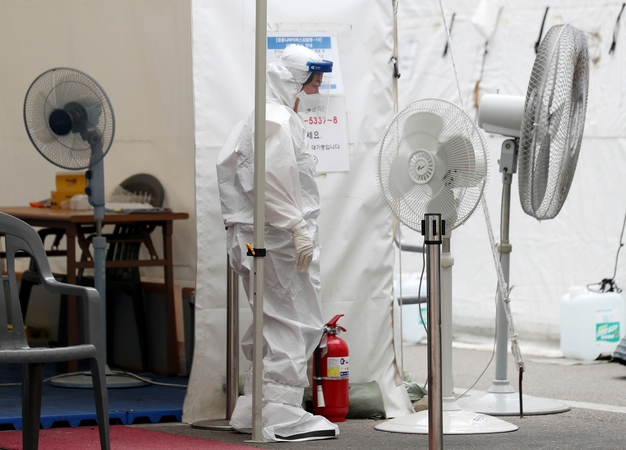 The confluence of sporadic outbreaks in the capital area and untraceable infections have deepened public health concerns here, particularly as the fourth and last phase to reopening schools is scheduled next week, health authorities said Friday.

In the past two weeks, mass infections in the community made up 73.2 percent, or 385 patients, while those whose transmission route was unknown came to 51 people, or 9.7 percent, according to the Korea Centers for Disease Control and Prevention.

“COVID-19 is spreading at various spaces and meetings, such as small religious groups, internet cafes and after-school private academies, in the populated capital region, where there are many people who move around,” Kwon said at a daily briefing.

“Based on the recent pattern of virus spread, we are concerned about a potential wave of large-scale infections at closed and crowded places.”

Greater Seoul continued to account for the vast majority of new COVID-19 patients Friday, with community spread in the populous area showing no signs of abating.

South Korea counted 39 additional novel coronavirus patients Friday from the previous day, of which 34 had come from Seoul and surrounding areas, with five being imported cases, according to the KCDC.

The country’s daily tally of virus patients remained in the 30s for five consecutive days.

No new deaths were reported for three consecutive days, with the death toll standing at 273, it added.

Kwon noted the overall fatality rate that stands at 2.3 percent rises to 13.07 percent among patients 65 years old and older.

“The fatality rate rises sharply, the older the patient. People at high risk and those around them have to be extra vigilant against the virus,” Kwon said.

Meanwhile, of the new patients by region, 15 were confirmed out of Seoul, with 13 in Gyeonggi Province, six in Incheon, two in North Gyeongsang Province, one each in Daegu and South Chungcheong Province and one detected at Incheon Airport.

The accumulated number of novel coronavirus cases reached 11,668, as of Friday, according to the KCDC.

The recovery rate reached 90 percent, with seven more people released from treatment, pushing the tally to 10,506, according to the KCDC.