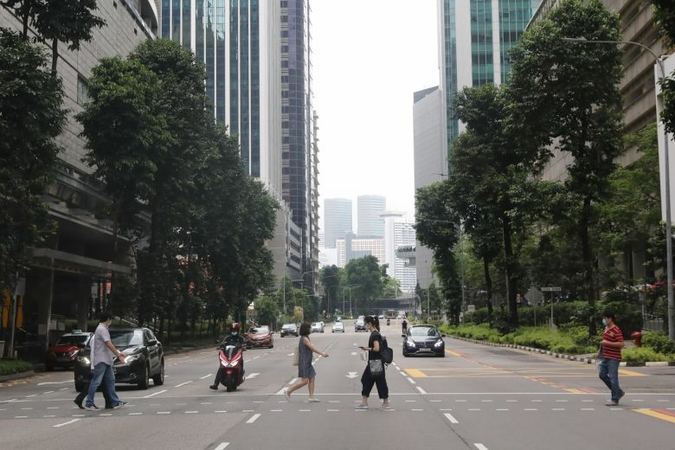 The jobs and skills package must go hand in hand with business and industry transformation. ST PHOTO: ONG WEE JIN

By Olivia Ho
The Straits Times/ANN

These are saving jobs, creating new openings and dedicating additional help to hard-hit groups, he said during the supplementary Fortitude Budget debate in Parliament on Friday (June 6).

"Covid-19 will take a lasting toll on the quantity and quality of jobs worldwide, despite countries' best efforts to mitigate the impact," noted Mr Heng, who is also Finance Minister.

He cited International Labour Organisation estimates that the coronavirus pandemic could raise global unemployment numbers by "far higher" than 25 million - outstripping the 22 million left jobless by the 2009 global financial crisis.

"The economic fallout of Covid-19 goes beyond unemployment numbers," he said, adding that even those who keep their jobs may suffer under-employment and significant income loss.

"This could lead to a vicious cycle, where income loss reduces consumption, and affected businesses further reduce labour demand."

He noted that the jobs and skills package must go hand in hand with business and industry transformation, as well as the redesign of existing jobs.

"Every business that is confronted with structural changes and the shocks from Covid-19 will need to take a long hard look at its business model," he said.

"They will need new markets, new products or process innovations and need to harness new technologies. They may need to work with their competitors as industries consolidate for scale."

The Jobs Support Scheme, which provides wage support to help employers retain local workers, will spend $23.5 billion on supporting 1.9 million jobs over 10 months, close to two-thirds of which are in small and medium-sized enterprises, he said. More than $11 billion has already been disbursed.

The Government is also creating about 100,000 opportunities to help local workers find new jobs, including in emerging and growth areas such as infocommunication technologies, financial services and healthcare.

Help is on the way for heavily affected groups, including graduating students, mid-career workers and self-employed persons, Mr Heng said.

Fresh job entrants will get access to jobs and traineeship opportunities in growth areas through programmes like the TechSkills Accelerator, he said.

Support for mature workers will come from the Skills Future Mid-Career Support Package and enhancements to the Adapt and Grow programme, introduced in an earlier Budget.

For example, both local and foreign banks have pledged to offer close to 900 traineeships for local fresh graduates and jobseekers, while the NTUC FairPrice and Enterprise Groups have offered some 4,000 jobs and 300 traineeships.

"But despite our best efforts, we cannot possibly save every job," he warned. "Many sectors were already facing disruption before Covid-19.

"For workers who are displaced, you have our assurance that if you make the effort, our tripartite partners will support you to tide through this difficulty."