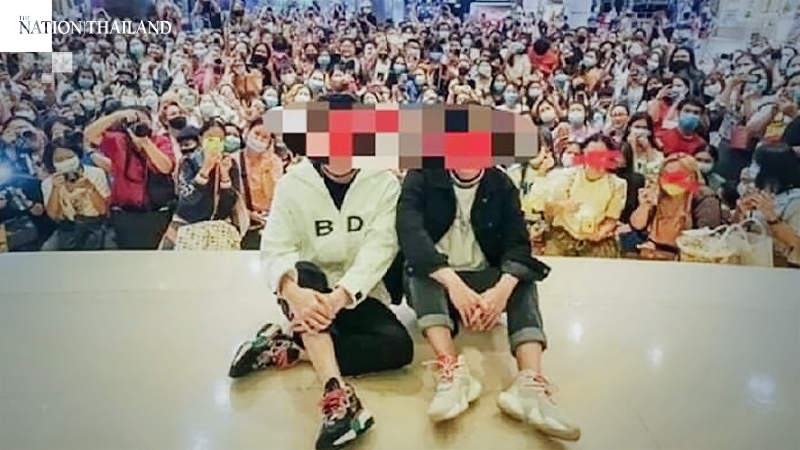 Siam Paragon mall has ordered Major Cineplex to close for three day after the theatre did not follow Covid-19 preventive measures and allowed people to crowd in front of the entrance on June 5.

Major Cineplex had hosted an event attended by two Thai teenage celebrities, which drew dozens of their fans to the front of the cinema while allegedly no efforts were  made to implement social distancing.

Siam Paragon announced on its official Facebook page that crowd management was poor and not in line with the measures set by the shopping mall.

The theatre has been told to close from June 7-9, so that it can come up with a new approach to control such situations and ensure safety for all clients, the mall said.