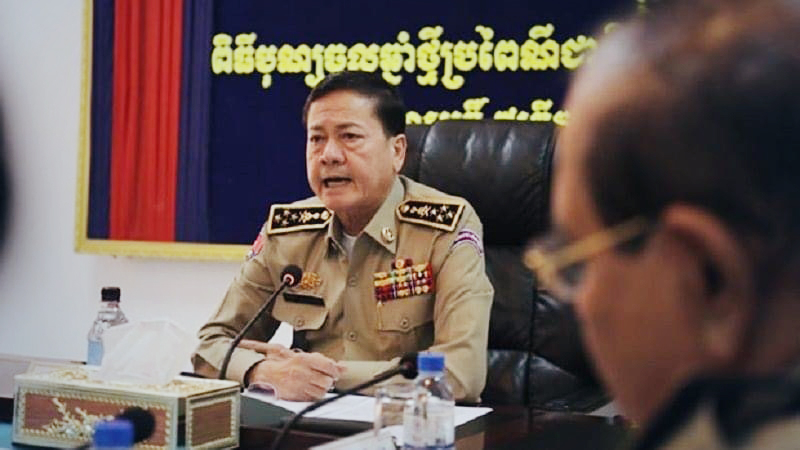 Cambodia's police chief has ordered the strictly monitoring of online media after former leader of the opposition, Sam Rainsy, urged Cambodian people not to pay debts and stop using financial services as a symbol of resistance.

Neth Savoen, the national police chief, issued an order on June 5 asking police to monitor all social media posts that attack the government.

Chhay Kim Khoeun, the spokesman of the Cambodian National Police, said that the chief highlighted the safety of people in the country since there is a group "aiming to bring down the political leaders of Cambodia".

He also requested netizens to share beneficial content and said that the authorities will prosecute those who undermine the monarchy, post fake news and instigate other citizens.