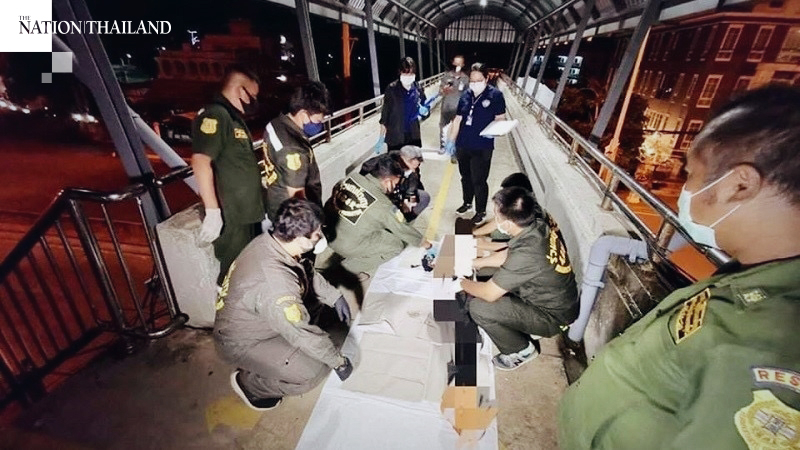 A 46-year-old make-up artist in Pathumthani province, who had gone missing on Saturday, was found dead in the early hours on Sunday (June 7) in a suspected case of suicide.

Police from Pak Khlong Rangsit Police Station found the body of Samit Sridonprong, a make-up artist from Udon Thani province, hanged with a scarf on a flyover near Tiwanon-Pathumthani Road at 2.30am

They also found a note beside the body with a message revealing the victim’s identity, including his real name and his address.

The forensic team believed he had been dead for four or five hours before the officers arrived at the scene.

Surachai Bamroongnok, 45, a close friend of the deceased, said he was very friendly but who also "overthought" on several matters such as the work environment and his peers.

He had also had a suicidal thought once and went to see a psychiatrist but Surachai said he did not think his condition would be this serious.

He met the victim at 10pm on Saturday for the last time before someone told him that they had seen Samit walking on a flyover. He still did not suspect anything was wrong until the rescue car arrived.

Police have collected evidence at the scene to further investigate the case while the body was sent to the forensic department at Thammasat University Hospital.