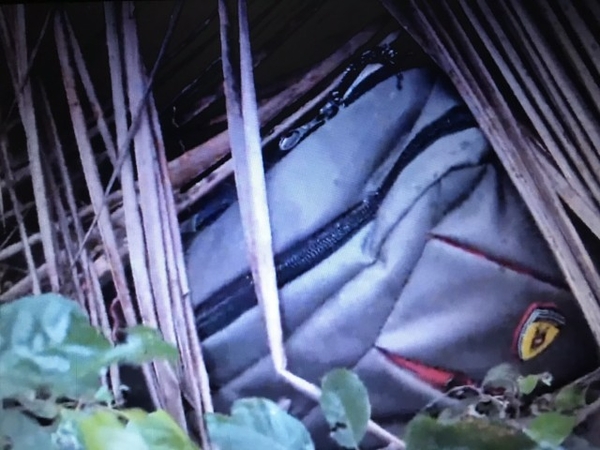 A Ukrainian woman was found dead in Koh Samui wasteland two weeks after she disappeared. Bophut police officers who rushed to the spot believe she was murdered and her body dumped at the spot.

The body was found in Maret sub-district yesterday (June 7) near a gravel pathway that connects to a road from Lamai village. The left side of the gravel road is a wasteland and has a small canal about 15 metres away. Coconut palms were used to conceal the body.

It had rotted until some bones were clearly seen. A green backpack was found attached to the corpse, with some medicine and a blue wallet containing Bt700.

Hotel employee Uthen Wiangnon, who discovered the body, said that on June 5 he was searching for wild mushrooms when he got a rotting smell. He then noticed something that looked “like a human leg”. Not daring to take a close look, he dashed home and told his wife and friends. After two days, they persuaded each other to take a look and discovered the body, then immediately notified the police.

On May 25, a boyfriend of the Ukrainian woman reported to Bophut Police Station that Olafrolova, 32, was missing. The man has now confirmed that the backpack and accessories belong to Olaforlova.

Police believe she was murdered.