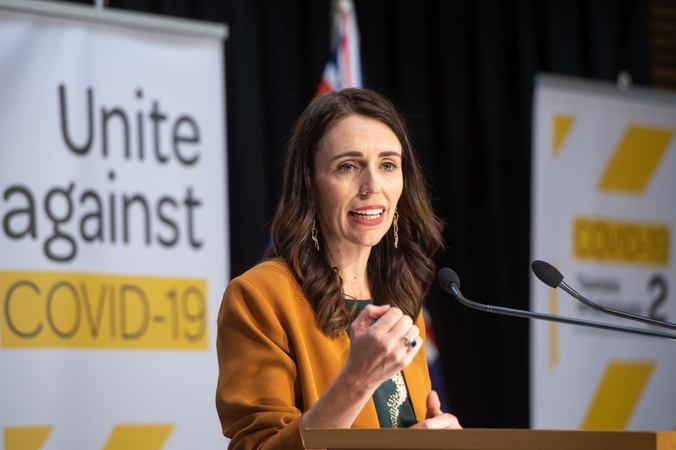 New Zealand will remove social distancing requirements after reporting zero active cases of covid-19, indicating it has achieved its aim of eliminating the virus.

Prime Minister Jacinda Ardern said Monday that all remaining restrictions on people and businesses, other than strict border controls to keep the virus out, will be lifted at midnight tonight, paving the way for a resumption of normal life. The South Pacific nation earlier reported that the last of its coronavirus patients has recovered, making it one of the few countries in the world to have successfully eradicated the pathogen and the first among those that suffered a sizable outbreak.

"We united in unprecedented ways to crush the virus," Ardern said at a press conference in Wellington. "Our goal was to move out the other side as quickly and as safely as we could. We now have a head-start on our economic recovery."

Rather than seeking to merely suppress transmission of the virus, New Zealand pursued an explicit elimination strategy. It enforced one of the strictest lockdowns in the world, asking everyone to stay at home and allowing only essential services to operate. While this has almost certainly triggered a deep recession, the government hopes being virus-free will allow the economy to recover more rapidly than many of its peers.

The lifting of social distancing requirements, which came sooner than expected, further boosted the nation's top-50 stock index. It gained 3.2% Monday, becoming the first major benchmark in Asia Pacific to wipe out this year's losses at market close.

New Zealand's seven-week lockdown ended May 14 and, with no new cases for more than two weeks, cabinet decided today it was safe to lower the nation's alert level to 1. That means there will be no limitations on any businesses, domestic travel, public gatherings or sports events. People will only be asked to keep track of where they've been to aid contact tracing if future cases emerge.

That puts New Zealand in the vanguard of nations recovering from the pandemic, and makes it "if not the most open, one of the most open economies in the world," Ardern said. She urged people working from home to go back to their offices and workplaces to help get cities busy again.

The rugby-mad country will also be the first in the world to welcome crowds back to professional games in the covid era when Super Rugby matches resume this weekend, the sport's administrator said.

Ardern's masterclass in crisis management has won her praise at home and abroad. Support for the prime minister and her Labour Party surged in recent opinion polls, forcing the main opposition party to replace its leader less than four months out from a general election.

But it is not a foregone conclusion that Ardern will sweep to victory at the Sept. 19 vote, with unemployment expected to soar in coming months.

The closed border is taking a heavy toll on the tourism sector, which was the nation's biggest source of foreign exchange earnings before the pandemic. Only returning residents -- and some foreign workers with specialist skills who have been granted an exemption -- are currently allowed into the country, and all must serve a 14-day quarantine.

Still, the removal of social distancing rules will give a "significant boost" to New Zealand's economy by stoking confidence, said Stephen Toplis, head of research at Bank of New Zealand in Wellington. "Confidence has a huge impact on both consumer spending and investment activity. And there is already some evidence of household expenditure picking up in excess of our expectations," he said.

And there are early signs that New Zealand's status as a virus-free haven will work to its advantage.

The Education Minister has said the country may become an even more desirable destination in future for foreign students, even if they need to serve a two-week quarantine on arrival. New Zealand is also in talks with Australia to open a so-called travel bubble, though Ardern said today it will "need to act cautiously" as Australia still has community transmission of the virus.

"We must remain mindful of the global situation and the harsh reality that the virus will be in our world for some time to come," she said. "We are confident we have eliminated transmission of the virus in New Zealand for now, but elimination is not a point in time, it is a sustained effort."

The theory behind New Zealand's elimination strategy is that covid-19 has a longer incubation period than influenza -- an average of five to six days and as long as two weeks, compared with just two to three days for the flu.

That means authorities have time to identify and isolate those who have been in contact with an infected person before they themselves become infectious.

New Zealand recorded a total of 1,504 confirmed and probable cases of covid-19 and 22 deaths. It hasn't had a new case for 17 days.