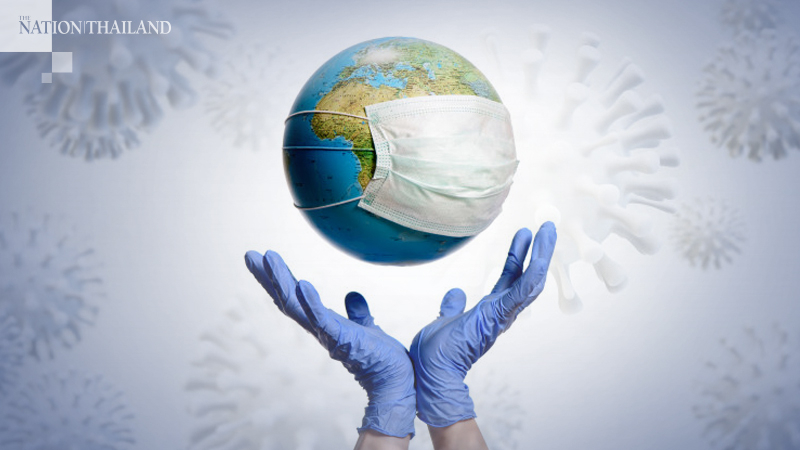 Shutdown orders prevented about 60 million novel coronavirus infections in the United States and 285 million in China, according to a research study published Monday that examined how stay-at-home orders and other restrictions limited the spread of the contagion.

A separate study from epidemiologists at Imperial College London estimated the shutdowns saved about 3.1 million lives in 11 European countries, including 500,000 in the United Kingdom, and dropped infection rates by an average of 82%, sufficient to drive the contagion well below epidemic levels.

The two reports, published simultaneously Monday in the journal Nature, used completely different methods to reach similar conclusions. They suggest that the aggressive and unprecedented shutdowns, which caused massive economic disruptions and job losses, were effective at halting the exponential spread of the novel coronavirus.

"Without these policies employed, we would have lived through a very different April and May," said Solomon Hsiang, director of the Global Policy Laboratory at the University of California at Berkeley, and the leader of the research team that surveyed how six countries - China, the United States, France, Italy, Iran and South Korea - responded to the pandemic.

He called the global response to covid-19, the disease caused by the virus, "an extraordinary moment in human history when the world had to come together," and said the shutdowns and other mitigation measures resulted in "saving more lives in a shorter period of time than ever before."

The two reports on the effectiveness of the shutdowns come with a clear warning that the pandemic, even if in retreat in some of the places hardest hit, is far from over. The overwhelming majority of people remain susceptible to the virus. Only about 3% to 4% of people in the countries being studied have been infected to date, said Samir Bhatt, senior author of the Imperial College London study.

"This is just the beginning of the epidemic: we're very far from herd immunity," Bhatt said Monday in an email. "The risk of a second wave happening if all interventions and precautions are abandoned is very real."

In a teleconference with reporters later, Bhatt said economic activity could return to some degree so long as some interventions to limit viral spread remain in place: "We're not saying the country needs to stay locked down forever."

The Berkeley study used an "econometric" model to estimate how 1,717 interventions, such as stay-at-home orders, business closings and travel bans, altered the spread of the virus. The researchers looked at infection rates before and after the interventions were imposed. Some of these interventions were local, and some regional or national. The researchers concluded that the six countries collectively managed to avert 62 million test-confirmed infections.

Because most people who are infected never get tested, the actual number of infections that were averted is much higher - about 530 million in the six countries, the Berkeley researchers estimated.

Timing is crucial, the Berkeley study found. Small delays in implementing shutdowns can lead to "dramatically different health outcomes." The report, while reviewing what worked and what made little difference, is clearly aimed at the many countries still early in their battle against the coronavirus.

"Societies around the world are weighing whether the health benefits of anti-contagion policies are worth their social and economic costs," the Berkeley team wrote. The economic costs of shutdowns are highly visible - closed stores, huge job losses, empty streets, food lines. The health benefits of the shutdowns, however, are invisible, because they involve "infections that never occurred and deaths that did not happen," Hsiang said.

That spurred the researchers to come up with their estimates of infections prevented. The Berkeley team did not produce an estimate of lives saved.

One striking finding: School closures did not show a significant effect, although the authors cautioned that their research on this was not conclusive and the effectiveness of school closures requires further study. Banning large gatherings had more of an effect in Iran and Italy than in the other countries.

In discussing their findings Monday with reporters in the teleconference, leaders of the two research teams said challenges exist in crafting their models and thus there are uncertainties in the final estimates.

Bhatt, for example, said the model used by his team is highly sensitive to assumptions about the infection fatality rate, estimates for which have varied among researchers and from one country to another. He said his team was heartened to see that its estimates for the number of people infected so far is generally consistent with antibody surveys that attempt to calculate the attack rate of the virus.

Ian Bolliger, one of the Berkeley researchers, acknowledged the difficulty in obtaining reliable numbers for coronavirus infections given the haphazard pattern of testing for the virus. Both research teams said the peer review process had made their findings more robust.