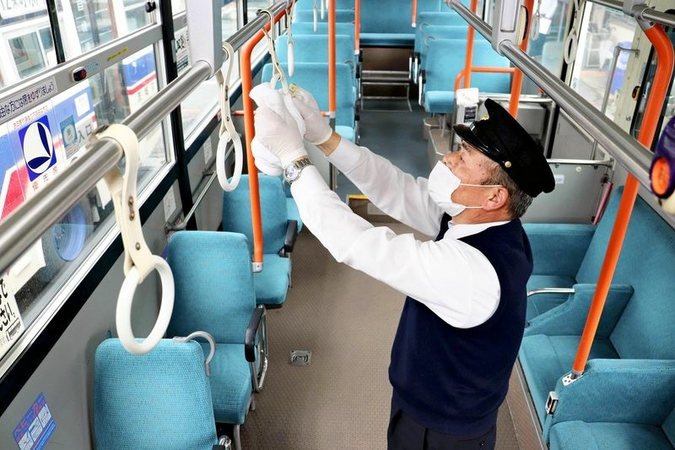 Local bus operators, one of the hard-hit businesses due to school closures during the coronavirus outbreak, cleans a bus in Ibaraki.

Most schools in Japan were temporarily closed due to the COVID-19 situation. In some areas, local governments announced the reopening of schools in early April, but some high school students took part in activities to request the extension of school closures, saying, “School restarts will spread infection.”

According to a poll conducted by a Yomiuri Junior Press reporter on the internet among first-year students in high schools and sophomores in universities in the prefecture, 76% were in favor of closing schools, 3% were opposed to it, and 21% were neither for nor against.

There are many other prefectures where similar activities were carried out by high school students.

In early April in Hyogo Prefecture, students in Kobe collected more than 16,000 signatures on the internet to extend school closures.

We had been thinking that adults likely regard young people as being less concerned about coronavirus countermeasures.

—Noa Nagakura is a third-year student at a high school in Ibaraki Prefecture. She is interested in international cooperation, ancient literature and idol groups and is in her school’s English club.

—Natsuki Takenaka is a second-year student at a junior high school in Tokyo. She is interested in novels, especially mysteries, and is in her school’s Japanese culture and cooking clubs.