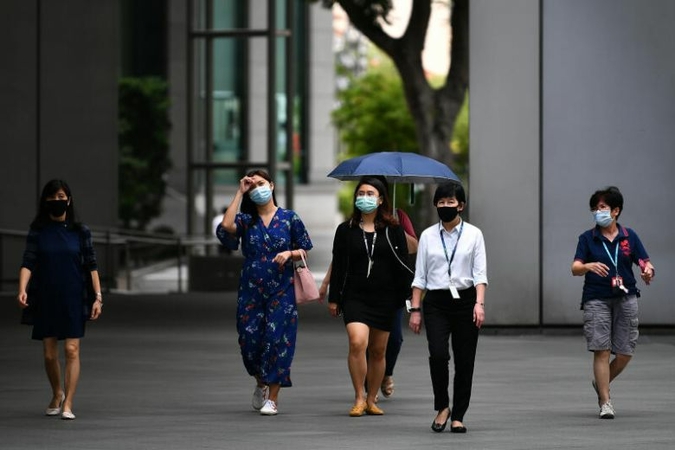 38 per cent of firms polled during the circuit breaker period expect headcount to fall in the July to September quarter. ST PHOTO: LIM YAOHUI

By Joanna Seow
The Straits Times/ANN

SINGAPORE - The labour market is showing signs of strain as businesses put off recruitment amid the uncertainty brought about by Covid-19.

The hiring outlook among Singapore employers for the next quarter has reached the weakest level since 2009, according to a report released on Tuesday (June 9).

Out of 266 firms polled during the circuit breaker period, 38 per cent expect headcount to fall in the July to September quarter, compared to the current quarter, said the report by US-based recruitment firm ManpowerGroup.

Another 11 per cent forecast an increase in headcount, while 46 per cent expect no change and 5 per cent are unsure.

The resulting net employment outlook is -28 per cent after accounting for seasonal variation. This is calculated by subtracting the percentage of employers anticipating total employment to fall from the percentage expecting to see an increase in employment at their location in the next quarter.

ManpowerGroup Singapore country manager Linda Teo said most employers are putting non-critical hiring on hold and focusing on streamlining their current headcounts instead.

"Amidst the bleak hiring climate, job seekers can still find pockets of opportunities, especially in the public administration and education sector due to ongoing government initiatives to stimulate hiring and upskilling during this challenging time.

"Job seekers finding difficulty in landing a job in current market conditions can consider upgrading their skills to better position themselves when hiring activity picks up," she said.

Deputy Prime Minister Heng Swee Keat said last week in his speech rounding up the debate on the supplementary Fortitude Budget that the number of unemployed residents is likely to exceed 100,000 this year. This would exceed the record number of 91,000 unemployed residents during the 2003 severe acute respiratory syndrome (Sars) epidemic.

Preliminary data from the Manpower Ministry released in April showed that total employment in Singapore, excluding maids, plunged by 19,900 in the first quarter. This was the sharpest quarterly contraction since Sars, and was due to the fall in foreign employment, while employment of residents - Singaporeans and permanent residents - still grew at a "modest pace", the ministry had said.

It will be releasing finalised figures for the first quarter on June 15.

The ManpowerGroup report said that Singapore's outlook for the third quarter is the worst among the 43 markets surveyed, although all 43 reported weaker hiring sentiment when compared with this time last year. The strongest hiring pace is anticipated in Japan (net employment outlook of 11 per cent), India (5 per cent), as well as the United States, China and Taiwan (all 3 per cent).

Still, two-thirds (66 per cent) of Singapore employers polled expect hiring levels to return to pre-Covid-19 levels within the next 12 months. Some 20 per cent estimated this will happen within three months, while 15 per cent think it will take more than a year.

Employers in six of the seven sectors here expect payrolls to decline during the coming quarter. Construction and mining firms have the bleakest net employment outlook of -57 per cent after adjusting for seasonal variations, the weakest level since ManpowerGroup started conducting the survey here in 2003.

The situation is less gloomy in the finance, insurance and real estate as well as the transportation and utilities sectors, with net employment outlooks of -3 per cent and -1 per cent respectively.

The bright spot is the public administration and education sector, which reported modest hiring plans with a positive outlook of 10 per cent.

Out of the four business sizes - micro, small, medium and large - only micro enterprises with fewer than 10 employees had a net positive outlook on hiring.