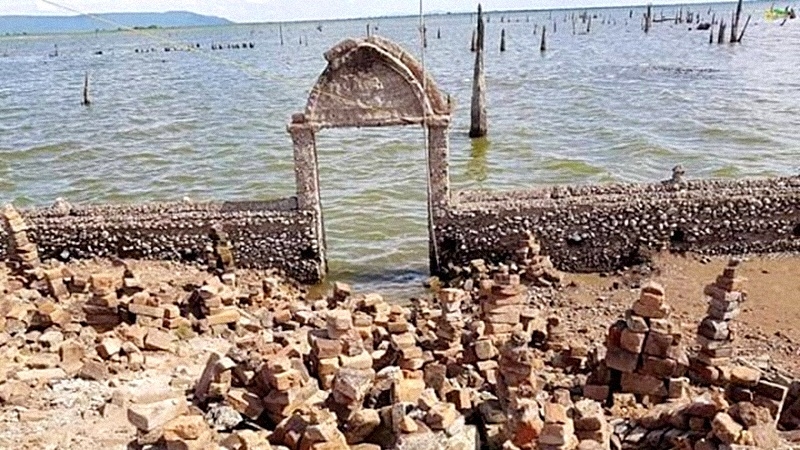 The ruins of a two-century-old temple have been revealed after the water in Ubolratana Dam in Non Sang district, Nong Bua Lamphu, dropped to its lowest level in 50 years.

Visitors have travelled from afar to get a glimpse of the ruins and its art, before the monsoon rains arrive to lift the dam level and submerge the temple once more.

The chapel of the temple remains intact despite being underwater for decades. The temple was the centre of a community of 500 households, which was evacuated and submerged when the dam was built from 1964-66.

Locals are now performing religious rites in the temple for the first time in more than 50 years, including placing bricks in a square shape as per Isaan tradition.