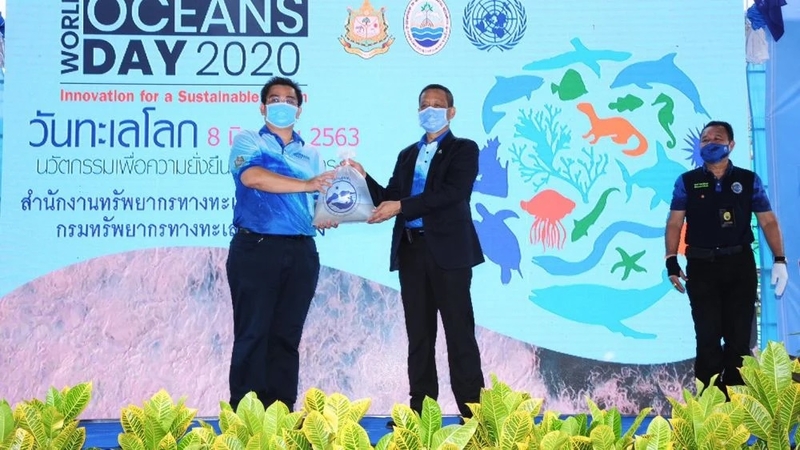 BLCP Power Limited released 200,000 horse crab babies, also known as zoea larvae, into the Gulf of Thailand on World Oceans Day (June 8) to increase their population, which is dangerously low due to overfishing during the spawning season.

The company has carried out the activity for seven consecutive years on its premises in Rayong.

“We organise the activity to promote public awareness about aquatic resources conservation for the sustainable future of communities around the Gulf of Thailand,” said Adisorn Wangmoon, director of human resources and organisation support at BLCP, the operator of BLCP Power Plant.

“The company has also regularly released baby aquatic animals into the sea for the past 18 years to increase their population and promote responsible fishing among communities along Rayong’s coast. Each year we release up to 2 million animals into the sea,” he revealed.

BLCP also hosted other activities on World Oceans Day, including deployment of artificial coral reefs to act as homes for aquatic animals, moves to rehabilitate 102 rai of mangrove forest in Rayong’s Meaung district and an exhibition on marine resource conservation.