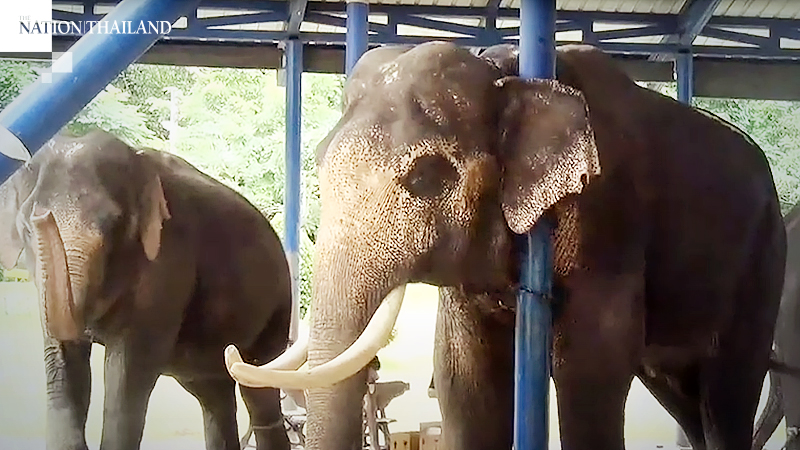 At least 16 elephants in Krabi have fallen ill over the past two months due to salt-deficiency as their mahouts have been unable to find supplies of the essential mineral.

The Southern Elephant Hospital reported on Tuesday (June 9) that veterinarians were using 100 bottles of salt a day to treat the elephants, which are suffering with various illnesses.

The hospital usually obtains medical salt from the government, but supplies are now running low.

In response to requests from veterinary staff, concerned citizens have donated salt to treat the animals.

Most of the elephants were admitted to the hospital with wounds on the feet which bear the weight of the animals almost all the time and are therefore difficult to treat.

Others are suffering injuries to their eyes caused by pressure during sleep since they cannot stand because of their wounded feet. Older elephants at the hospital are also being treated for digestive problems.

The increasing number of elephant patients has forced the hospital to move some to a forest enclosure in order to make room for new casualties.