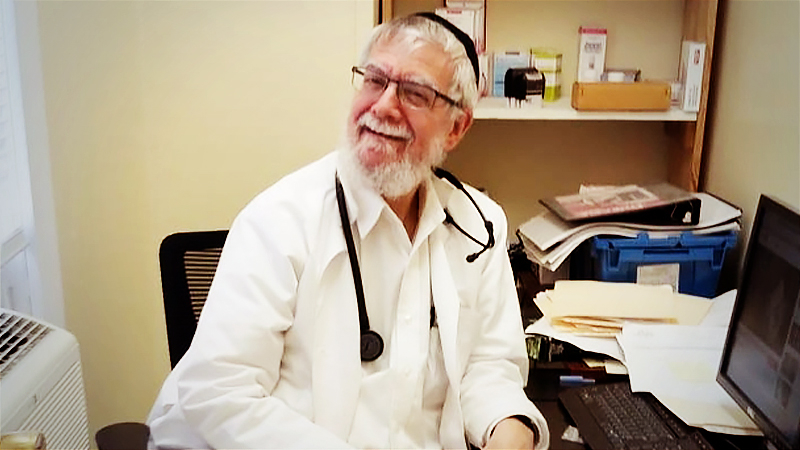 Yaakov Meltzer volunteered for the ambulance corps in his Queens community for nearly four decades. MUST CREDIT: Family photo

Yaakov Meltzer was a healer of both body and soul. A rabbi and retired physician assistant, he continued serving in a volunteer ambulance corps in his Kew Gardens neighborhood. He knew how to calm people even as he dealt with their medical emergency. "Rabbi doctor," some called him.

"He felt that this gift or this capability he had - God gave it to him, and he should use it to help people," said his wife, Debbie Meltzer.

A Queens native who grew up in a religious family, Meltzer won a scholarship to study science in Israel but, once there, ended up focusing instead on the Talmud. He returned to the United States and became a rabbi, later adding a master's degree in emergency medicine and working as a physician assistant.

"He always had a gift of medicine," Debbie recounted, whether in emergency departments, clinics, a family practice or an ambulance service. "And he was doing that until the day he died."

Since 1982, Meltzer had belonged to the Queens Hatzolah, the local chapter of the global Jewish volunteer paramedic organization. "He saved a lot of lives," Debbie said. But he was unassuming, never flaunting what he'd done. "He didn't walk around with his accomplishments on his sleeve. He was very humble."

The couple wed in 1980 and had eight children. The three sons are following in their father's footsteps. Both the oldest and youngest are in rabbinical school, while the middle son, an insurance broker, recently announced that he wants to study to become a physician assistant.

After he retired from a primary-care center in Brooklyn, Meltzer went back to his religious studies and wrote a book about Jewish medical law. He and his wife quarantined early in the coronavirus pandemic because of his heart condition. He fell ill about a week later, several days after his last shift with the Queens Hatzolah, which, like other New York City ambulance services, was being inundated with calls. That was also around the time someone knocked on the door asking for his medical advice. He listened to the woman's list of symptoms, then told her to get checked for the virus.

On March 20, he learned that he had tested positive himself. The following night he went into cardiac arrest but was resuscitated. Early the next week, hospitalized at NewYork-Presbyterian Queens Hospital, he seemed better. "Monday night we were talking," Debbie said. Tuesday morning, March 24, he suffered another cardiac arrest. It was fatal.

His death at 64 leaves a gaping hole in his family and community. Meltzer was the patriarch who blew the shofar during the Jewish High Holidays. He was the neighbor often called or consulted when others wanted medical advice.

Yaakov and Debbie had planned to spend more time at a place in Pennsylvania that they'd bought for weekend and summer retreats. "We liked doing things together," she said. "We were planning our old-age honeymoon lifestyle."