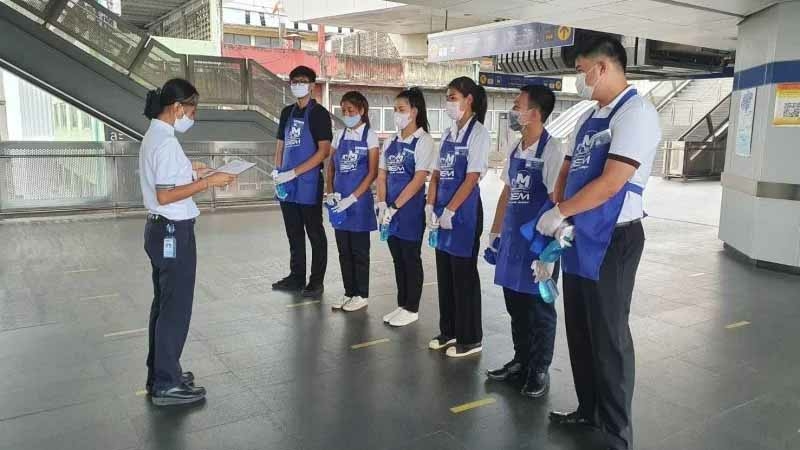 Bangkok Expressway and Metro (BEM) has hired 100 part-time employees to clean frequently touched objects inside stations and trains to create confidence among commuters using the services. 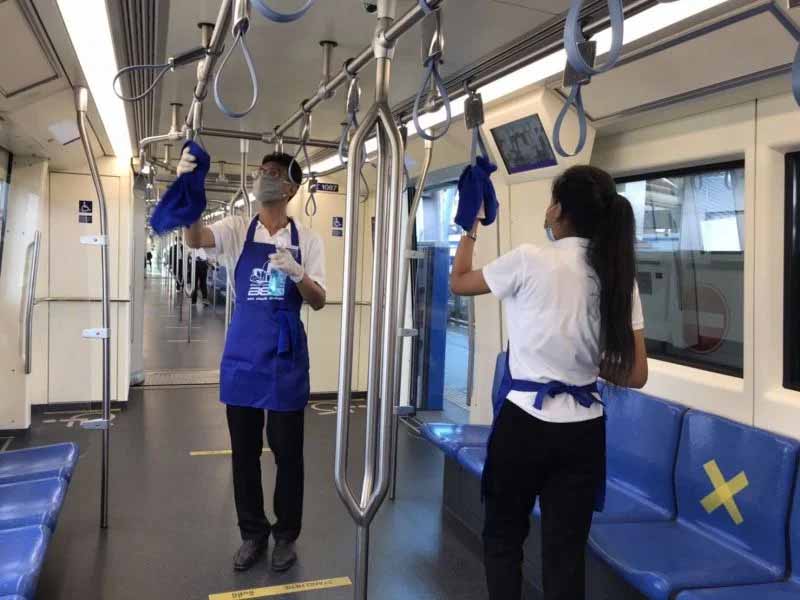 Officials at BEM said that the move was part of the project "Healthy Journey with BEM" to ensure commuters' safety along the journey as the number of commuters using MRT trains had increased after the government eased lockdown measures.

"One of the project's measures is increasing the frequency of cleaning operations inside stations and trains," the officials said. 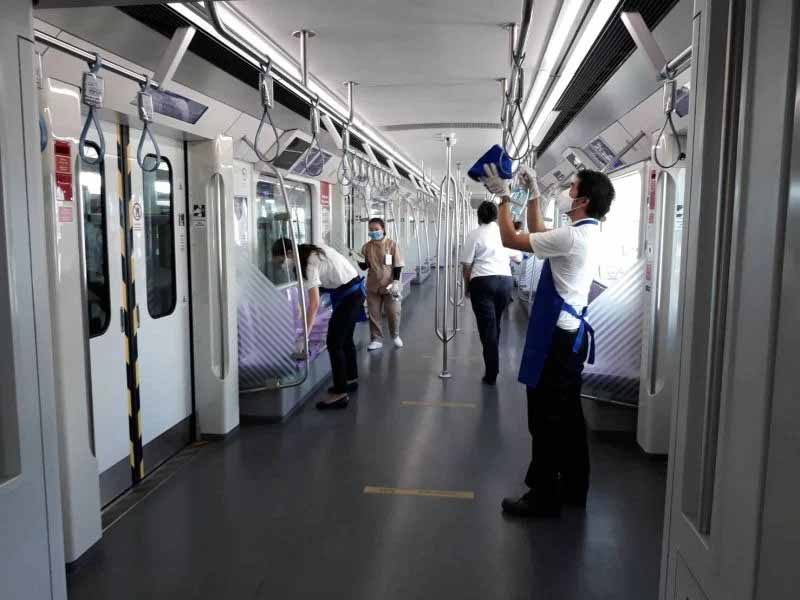 The officials explained that part-time employees will clean frequently touched objects every half an hour or one hour inside the train station, such as escalator handrails, fare collection gates, token vending machines.

"Meanwhile, the employees will clean inside the trains with disinfectants when the trains arrive at terminal stations," the officials said.

The officials added that this was in addition to other measures, such as providing free face masks, increasing hand sanitising checkpoints inside the station, and ensuring commuters maintained social distancing.

"Aside from creating confidence among commuters who use the service, we aim to help people who were laid off due to Covid-19 impact to generate income and to overcome the crisis as well," the officials added.