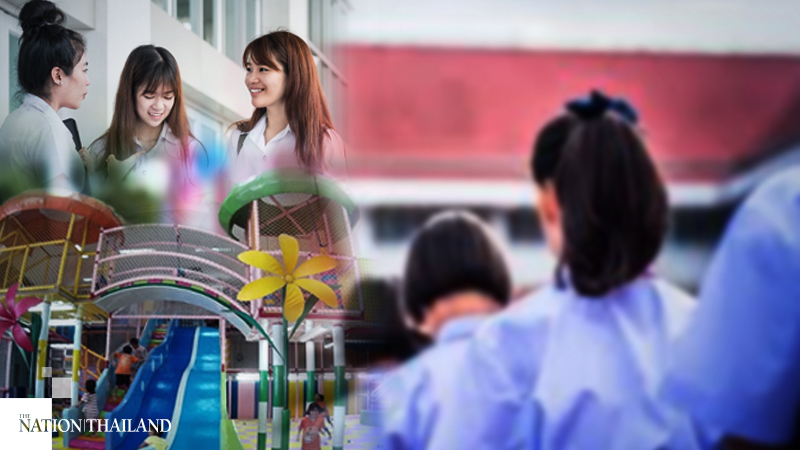 Activities related to education and health will be allowed to restart under the fourth-phase easing of disease controls, expected to commence on June 15.

Dr Taweesin Visanuyothin, spokesman of the government’s Centre for Covid-19 Situation Administration (CCSA), revealed today (June 10) that the draft for fourth phase easing will be discussed on Friday (June 12) and covers three categories – education, the economy, and health.

The spokesman added that concern was focused on education since students' studies had been badly affected by the virus.

The draft includes both major and minor measures that must be applied by schools, universities and other educational facilities when they reopen.

Major measures include mandatory mask-wearing, hand-cleansing stations, frequent cleaning, ensuring desks are placed at least 1 metre apart, social distancing of 5 metres between staff and students, reduced classroom time, and checking in and out via the ThaiChana platform.

Minor measures include checking for and reporting suspected Covid-19 cases, and adapting to the “new normal” via innovations such as e-learning.

For the category of economic activities, measures for restaurants, hotels, and drinks shops (not including pubs, bars, and karaoke joints) focus on hygiene, frequent bathroom cleaning, maintaining a distance of one metre between people staff and customers, pre-booking, and using the ThaiChana check-in platform. Self-service for customers at buffet restaurants will be banned.

Relaxed restrictions on public transport services focus on the same hygiene and social distancing rules, with one seat in every three seats left empty and maximum passenger capacity of 70 per cent. People travelling more than 200 kilometres between provinces must fill in a health form.

Film or TV crews will be allowed to operate with a maximum 150 people while studio audiences must be limited to 50.

Health-related outlets such as spas and saunas will also be permitted to reopen but must maintain health restrictions such as mask-wearing, hand cleansing, social distancing of square metres between customers and maximum treatment time of two hours Customers must pre-book their treatments and check-in with ThaiChana platform.

Amusement and water parks can reopen under the fourth phase relaxation, with customer numbers limited to one per 8 square metres and people only allowed to stay for two hours.

Taweesin said the curfew had not been discussed. However, the government is reportedly mulling lifting the curfew for a 15-day trial period when the fourth-phase easing commences.