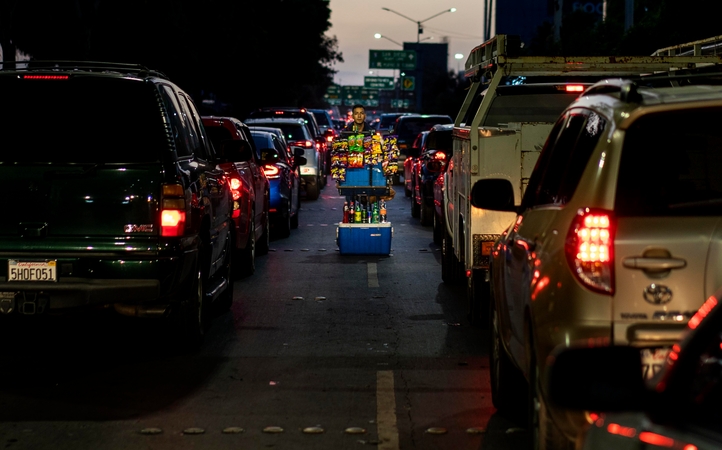 The number of migrants detained by U.S. authorities at the Mexico border rose 36 percent in May, according to U.S. Customs and Border Protection figures released Friday, a sign that the deterrent effects of President Donald Trump's emergency pandemic measures might be wearing off.

CBP took 23,118 migrants into custody last month, up from 16,966 in April, the figures show. Border arrests typically rise in late spring as U.S. seasonal labor demands increase, but last month's totals were still far below the figures recorded in May 2019, when 144,116 were detained at the peak of last year's border crisis.

The uptick at the border last month occurred despite the administration's continued application of emergency restrictions that have suspended normal immigration proceedings and allowed for the rapid "expulsion" of nearly every migrant who crosses into the United States illegally.

Those emergency health orders, which CBP refers to as Title 42, allowed the agency to expel 19,707 border crossers last month, including minors and asylum seekers who are no longer afforded additional legal protections. The Trump administration argues the emergency measures have aided in preventing a wider coronavirus outbreak by limiting the number of detainees held in cramped border cells.

"Implementation of COVID-19 policies allowed CBP to process and return, in under two hours, 96 percent of those subject to (Title 42), dramatically reducing human contact, the risk of spread, and the strain on U.S. healthcare facilities, helping the United States avert a public health disaster," the agency said in a statement Friday.

Since the implementation of the emergency orders in late March, nearly 43,000 migrants have been subjected to the rapid-expulsion proceedings, according to CBP figures. Once in U.S. custody, the migrants' fingerprints and documents are quickly recorded, and they are driven to the nearest border crossing for delivery to Mexican authorities.

Mexican single adults now account for the largest share of those taken into custody in recent months, in contrast to last year's historic border surge, which was driven primarily by Central American families.

According to CBP data, 82 percent of migrants encountered by the agency last month were Mexican nationals, while just 13 percent were from Central America's Northern Triangle nations of Guatemala, Honduras and El Salvador. A year earlier, those numbers were almost the reverse: 72 percent of detainees were from the Northern Triangle and 16 percent from Mexico.

Mexican nationals typically comprise the largest share of U.S. deportees, and some of those arrested by border agents each month are longtime U.S. residents attempting to return to jobs and families on the U.S. side.

The American Civil Liberties Union filed a lawsuit against the Trump administration this week in the District of Columbia on behalf of a 16-year-old Honduran asylum seeker attempting to reunite with his father in the United States.

The lawsuit contends that the Trump administration has exceeded its authority under Title 42 and cannot disregard protections granted to minors, asylum seekers and other vulnerable groups under U.S. law.

"The Administration's use of Title 42 is a transparent end-run around Congress's considered decision to provide protection to children and others fleeing danger even where communicable disease is a concern - and to address that concern through the use of testing and quarantines, not deportations," the ACLU argued in its complaint.

Trump has extended the emergency restrictions at the border indefinitely, in addition to issuing an executive order blocking several categories of visa applicants from seeking green cards overseas. White House officials are debating a second executive order that could freeze nonimmigrant work visas for up to six months, according to two administration officials, but a final decision on the scope of that decree has not been made.

Trump's emergency restrictions have all but closed the United States to border crossers fleeing persecution, records show. The Justice and Homeland Security departments proposed regulations this week that would make it even more difficult for applicants to qualify for protection, with a new series of legal and administrative hurdles, while giving the government more latitude to dismiss their claims and order deportations.