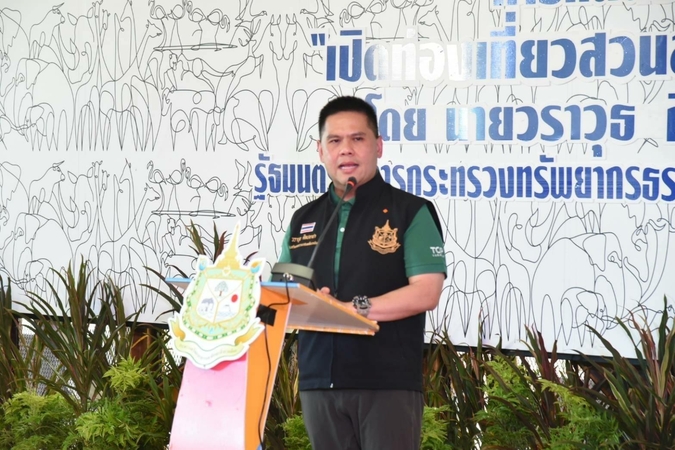 The parks have been instructed to limit the number of tourists and maintain social distancing practices.

“The Department of National Parks, Wildlife and Plant Conservation had ordered all national parks to shut down since March 25 to curb the Covid-19 outbreak that could spread via the tourists,” he said. “The government’s third phase relaxation of lockdown measures will allow the parks to open for tourists again from July 1 onwards, except certain parks -- such as those in Andaman Sea -- due to the monsoon season, and the Phu Kradueng Park that normally shuts down during rainy season.”

Out of 127 national parks that will open, 64 will allow tourists to visit 100 per cent of their areas, while 63 will open only some parts to maintain social distancing.

“The parks have more than two weeks until the scheduled opening on July 1, during which time I have ordered responsible agencies to use this time to prepare their facilities, systems and staff for the tourists,” added Varawut. “Park officials must publicise Covid-19 prevention measures to be employed in the park areas to tourists, such as asking them to wear face masks, sanitise their hands and avoid gathering in crowded areas.”

Furthermore, the park must set up thermal scanner checkpoints equipped with ThaiChana QR code to allow visitors to check-in and out.

“In the past two months that national parks have been closed, natural resources have been rapidly restored while many wildlife that were rarely seen are now being spotted more often due to absence of disturbance from tourists,” added Varawut. “I want to urge tourists to maintain this state of peace by travelling responsibly and avoiding littering in the park areas, as human litter can kill wild animals that unknowingly eat them.”