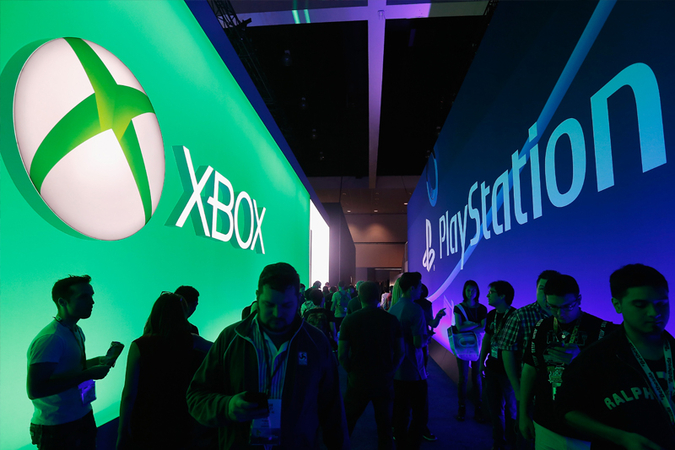 We finally know what the PlayStation 5 looks like. Now we need to know what it does.

Sony still hasn't said much about the next-generation console, slated for holiday release this year. Things we don't know include its all-important price, whether it'll play old PlayStation games, and what kind of services it will include.

We do know, however, that it'll have a really good launch year in terms of its game offerings. Surprisingly good, in fact. Thursday's PlayStation 5 reveal was trailer after trailer of new entries into several franchises within Sony's first-party stable, including "Horizon: Forbidden West," "Ratchet & Clank: Rift Apart" and "Demon's Souls." The event was a show of force for Sony, not so much about its console, but more about the gallery of studios and franchises it's cultivated over the years.

The Xbox One had struggled to boast a first-class, first-party library with Xbox One, so Sony is hitting Microsoft where it might hurt. But if anything, Sony's reveal only further cements how the age-old "console war" has evolved.

Sony is further leaning into its strength as a publisher of technically beautiful, narrative-driven exclusive games. Microsoft, meanwhile, has positioned the Xbox Series X as a provider of many great services.

Microsoft promises that thousands of Xbox One, 360 and original games will be playable on the Series X, with games shared between the console and your PC. Xbox's feather in the cap is the popular Game Pass service, which allows users to install and play over a hundred games for a low Netflix-like monthly subscription.

Sony, so far, has offered no similar features or details. On the other hand, the only big title on Microsoft's horizon is "Halo Infinite," which we've heard almost nothing about since its 2018 announcement. The console war seems less about "Which company is the best?" and more about "What kind of gamer are you?"

Do you like emotional, character-driven single-player epics? Sony's the only place you can get experiences like the "Uncharted" series or "God of War." Are you someone who likes a multitude of options on how to play, and treat gaming like you do your other tech devices? The Xbox Series X is going to be the machine for you.

If anything, Sony's tactics are closer to Nintendo, whose biggest strength lies in overseeing some of the most famous brands in the world, including Mario and Pokémon. Thursday's trailers prominently featured the "PS Studios" logo for first-party games, yet another signal that Sony hopes to create a "gaming universe" on par with the Marvel films.

Xbox has a more complex and difficult argument to make. "It's got a great ecosystem" isn't exactly a great sales pitch in a crowded GameStop. But Game Pass already has 10 million subscribers, a solid, loyal foundation for any developing online community. And its xCloud service, which will allow Xbox and Windows players to access their games anywhere via a smartphone or tablet, is already proving to be a robust, stable experience even in its current testing stage. For the moment, Sony has no counterargument.

Microsoft also understands that it needs an attractive library, and has at least 15 Xbox Game Studios working on titles. Besides "Halo," it's no slouch in the "brands" department either, being the owner of "Minecraft," one of the most popular video games ever. The recent popularity of strategy game "Gears Tactics" has helped the once-great "Gears of War" franchise enjoy a resurgence.

Meanwhile, Nintendo is always intent in occupying whatever corner of the games industry it carves for itself. The Switch is currently the best-selling console, boosted by "Animal Crossing: New Horizons" and quarantine woes. And the PlayStation 5 reveal finally established that Nintendo will be the only console manufacturer with a hybrid portable concept.

The more we hear about these new consoles, the more it seems that Sony and Microsoft are simply talking past each other. Is it still a console war? It barely feels like a console debate. No side seems particularly worried about the other.

And perhaps that's the point. It's now common knowledge that the video games industry is bigger business than film. There are at least 2.5 billion gamers on this planet. That's more than enough people to share among three electronic companies, with so many more people to convert.

By the end of next year, identifying as a "PlayStation gamer" or an "Xbox gamer" may have more distinct differences than ever before. Maybe the games industry has reached a point where the spoils of the console war can finally be spread around.