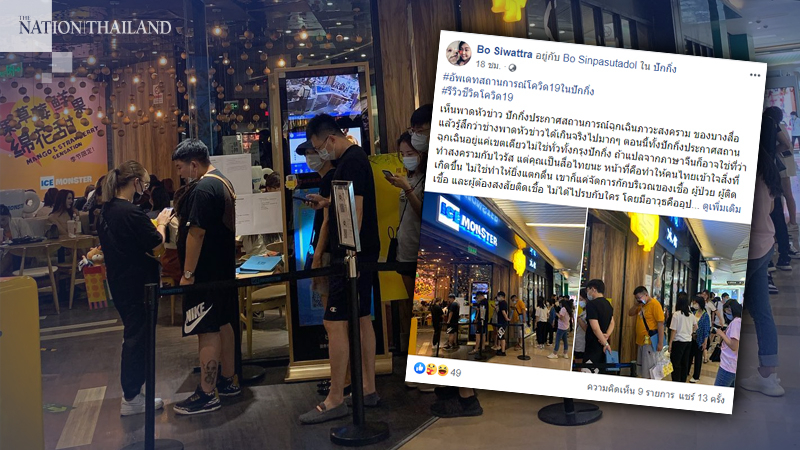 Reporting in Thai media about the current situation in Beijing is exaggerated and contrary to the ground realities, Siwattra Phatbo, a Thai freelance scriptwriter and anchor who lives in Bejing, said.

In a post on her Facebook account "Bo Siwattra" on Sunday (June 14), she said: “I have seen many headlines in Thailand saying that Bejing has entered 'Wartime’, which is far from what is happening here. They have closed only one district in Bejing, where new infections were found, not the entire province,” she said.

“All Thais need to do is just listen, not panic over this. In the area where I live, people are still going out as usual as the [Chinese] government has campaigned to stimulate domestic tourism. Today, people still live normally. Nobody has hoarded any food or products.”

She revealed that Chinese doctors expect a second wave of the virus to hit in September. The medical authorities are surprised by the new infections after 55 days without cases.

Chinese health authorities said on Sunday that they had received reports on Saturday of 57 new confirmed Covid-19 cases, the biggest number since April, of which 38 were local transmissions. No new deaths were reported. Of the 38 local infections, 36 were reported in Beijing and two others in the northeastern Liaoning province.

Chinese health authorities suspect salmon imported from Norway or workers carrying the virus who were not detected to be the source of the new outbreak. They said both assumptions are possible, but the first one is more likely to be true based on Beijing's current situation.