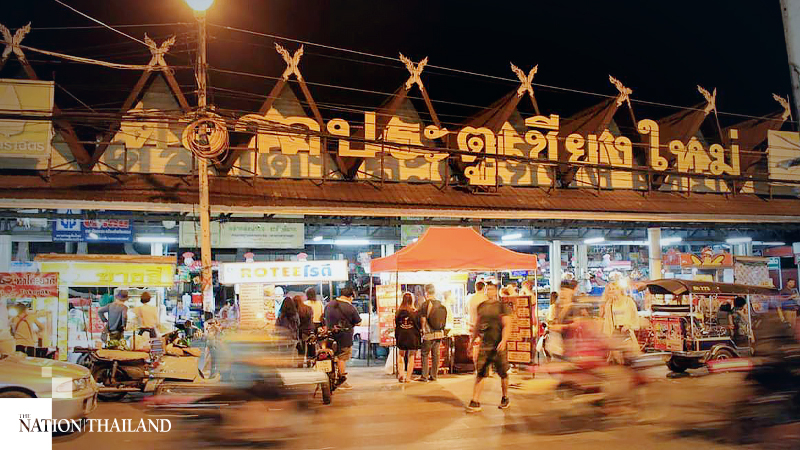 Many of Chiang Mai’s streets are now bustling again with merchants as night curfew has been lifted.

Last night (June 14) was the first curfew-free one in more than two months since the government imposed curfew on March 26 to prevent Covid-19 from spreading.

Krungthep Turakij reporters visited street markets last night in Meaung district’s Chang Pheuak subdistrict, a former tourist hotspot that had fallen eerily quiet during the outbreak. With the curfew being lifted, merchants eagerly got down to setting up their stalls early in the evening and staying open until the crack of dawn. Most were selling cooked food, vegetables, seasonal fruits and seafood.

Ladda Moonmeuang, 60, a vegetable merchant, voiced her happiness about the curfew being lifted as she could now keep her stall open for longer and earn more money.

“With the curfew, I had to close early, before 10pm, in order to get home in time, but now I can stay open as late as I like until there are no more customers,” she said.

However, only small groups of customers were seen last night at this market, most of whom were local residents, while there were hardly any tourists.

“I’m hopeful more customers and tourists will come out to shop,” Ladda added.