The Puu Kai (chicken crab) or “hairy leg” mountain crab has made a rare appearance on closed Maya Bay Beach, Phi Phi Island, much to the excitement of conservationists – the first time in ten years that this crustacean has been spotted.

Nopparat Thara Beach National Park chief Woraphote Lom said that during a daily morning patrol along the beach, a team found one of the large crabs, which has a carapace about 10 centimetres wide and 7cm long, crawling out of the sea then walking towards the morning glory planted on the beach to attract the crabs and increase their number. 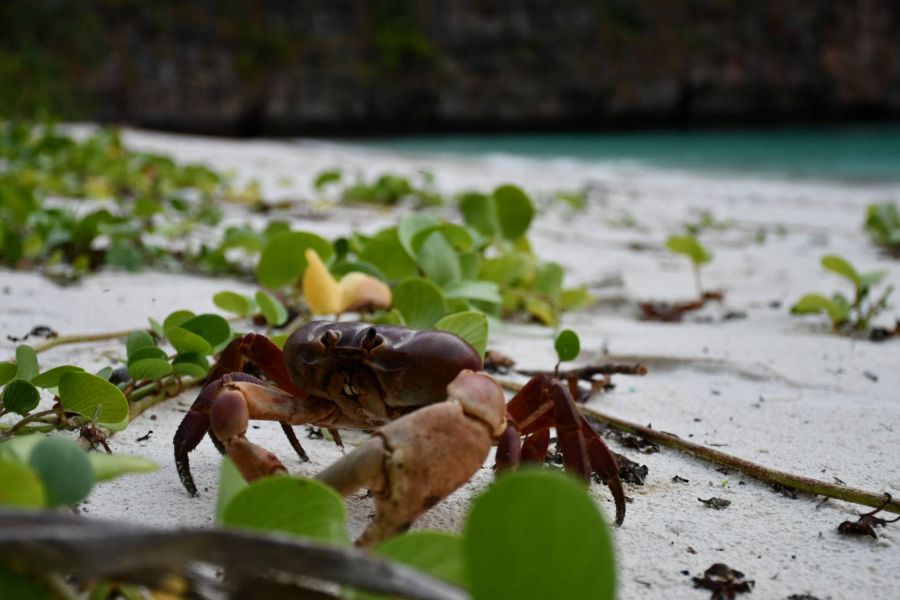 The crab took almost half an hour to walk from the waterline to the morning glory, the excited team reported, noting that it was a rare phenomenon as nobody had spotted this species of crab in 10 years.

Maya Bay Beach was closed on July 1, 2018, to restore the environment under the sea and on land.

Puu Kai is a protected species of crab and its presence is an indicator of the ecological fertility of the sea.