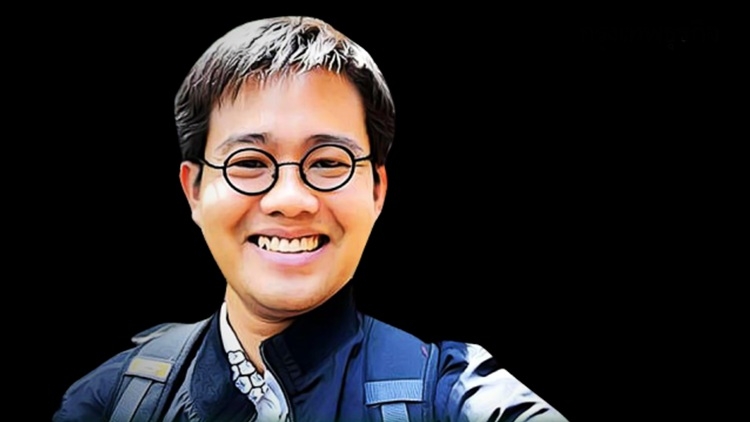 The United Nations has given Cambodia until June 24 to investigate and report on the disappearance of Thai pro-democracy activist Wanchalearm Satsaksit.

Wanchalearm, 37, was living in self-exile in Cambodia when he was reportedly abducted by unknown assailants from outside his apartment building in Phnom Penh on June 4. He was an avid critic of the post-coup governments led by General Prayut Chan-o-cha.

At least nine Thai activists living abroad have disappeared since General Prayut came to power, some of them later turning up dead. None of the cases has been solved. Wanchalearm’s sister, who said she was speaking on the phone with him as he was abducted, doubts that he is still alive. The UN Committee on Enforced Disappearances on Sunday submitted a request to Cambodia for “urgent” action on his case. 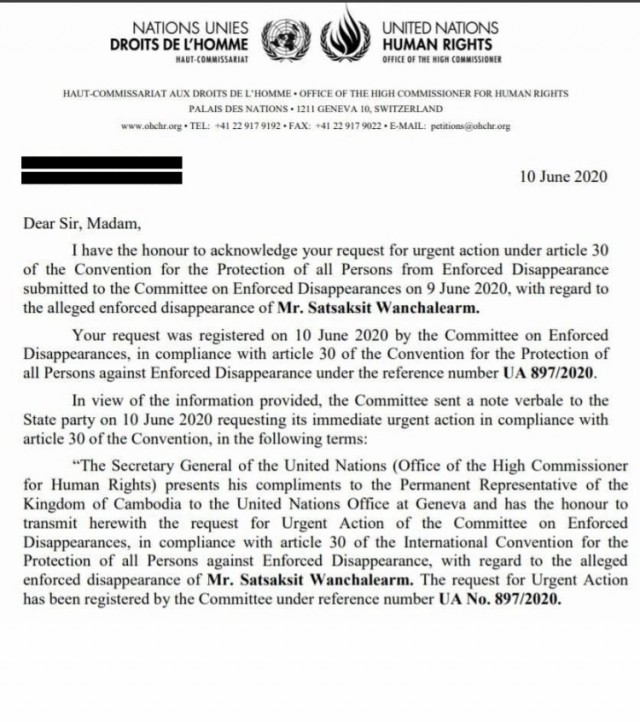 The Thai government denies involvement in Wanchalearm’s disappearance and has asked Cambodia’s Foreign Ministry for information regarding his fate.

Cambodia replied to the request on June 11, writing that Wanchalearm had travelled in and out of Cambodia several times in 2014-15 and had requested a visa for temporary stay until December 31, 2017. He had not submitted an application to extend his visa.

Cambodian authorities insist they have no information about Wanchalearm's disappearance.