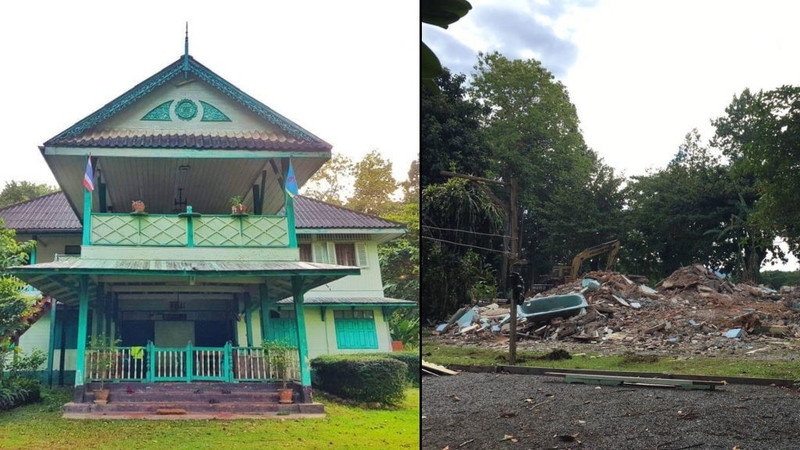 Phrae residents are demanding answers from authorities after one of the province’s most iconic vintage buildings, said to be more than 120 years old, was brought down.

The building belonged to a foreign company called Bombay Burma Trading Corporation, which ran a woodwork business in Thailand.

The destruction that took place at the Chetawan Arboretum is part of a Bt4.56-million reconstruction project.

Reporters have also found more old buildings that were brought down, such as the East Asiatic institution that was used to impart knowledge on forestry in Phrae.

The incident has shocked several locals, who were set to meet authorities responsible at 10am today (June 16) to learn more details and the reason behind the destruction.