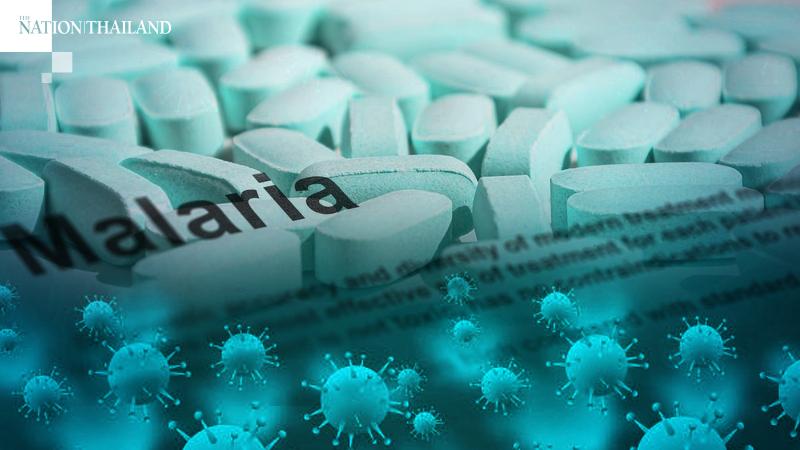 WASHINGTON - The Food and Drug Administration withdrew its emergency use authorization for hydroxychloroquine and chloroquine, drugs that President Donald Trump repeatedly promoted for treatment of covid-19, reversing a decision that led to harsh criticism it had put politics ahead of science.

The FDA said Monday the medications "were unlikely to be effective" for covid-19 and that any potential benefits were outweighed by safety risks, including heart problems. The decision was outlined in a letter from Denise Hinton, the agency's chief scientist, to Gary Disbrow, the acting director of the Biomedical Advanced Research and Development Authority, who requested the revocation. The FDA said the change was prompted by new information, including clinical trial results.

The FDA had authorized the antimalarial drugs in late March for hospitalized covid-19 patients after small studies indicated they might provide a benefit. But the decision quickly became a scientific flash point, with critics, including former FDA officials, calling the evidence scant and accusing the agency of buckling to political pressure from the White House. Several argued that what was at stake was larger than just the emergency approvals, in terms of the public's ability to trust the federal response to the pandemic was based on the best available evidence.

While crediting the FDA for reversing course, Peter Lurie, former FDA associate commissioner for public health strategy and analysis, said the incident was a "train wreck" that underscored a bigger problem: Trump's willingness "to put political expediency ahead of scientific expertise."

"There is no solution to this pandemic that does not involve scrupulous attention to science," Lurie said.

Even as the number of coronavirus cases continues to rise in several states and experts fear a second punishing wave in the fall, "what we are getting is a mishmash of contradictory guidelines that appear more directly tied to the president's political base than to the welfare of the population," Lurie added.

As an early booster of hydroxychloroquine, Trump called it a "game changer" and urged people to try it. He toned down his enthusiasm after the FDA issued a safety warning in April, saying the drugs could cause heart-rhythm problems and warning they should be used only in the hospital setting or in clinical trials. But in May, he said he took it as a preventive measure after two aides became ill from the virus.

The FDA, in a memo explaining why it rescinded the authorization for the malaria drugs for covid-19, said it received almost 400 reports of adverse events about the drugs, including 109 serious cardiac episodes, of which 25 resulted in death. In most cases, the agency said, the patient also was taking another drug that raised the risks of heart problems.

Stephen Hahn, the commissioner of the FDA, has repeatedly said he was never pressured to authorize use of the malaria drugs, and that decisions were based on science and data.

But those statements have been met with skepticism, especially after Rick Bright, the former head of BARDA, filed a whistleblower complaint in May alleging he was ousted from his job in part because he had opposed efforts to widely deploy hydroxychloroquine for covid-19. Officials at the Department of Health and Human Services, of which BARDA is a part, have denied Bright's charges as "one-sided arguments and misinformation."

Ashish Jha, faculty director of the Harvard Global Health Institute, said on Monday, "Until six months ago, I never worried that the FDA decision-making was being driven primarily by political considerations, even when I disagreed with some of that." In the wake of the hydroxychloroquine decision, he said, "they have to try and do something to restore faith in their agency."

Harlan Krumholz, a cardiologist and professor of medicine at Yale School of Medicine, said that in the midst of a catastrophe, "lots of decisions have to be made in the moment."

But Krumholz questioned whether there was sufficient evidence initially to support an emergency use authorization. Although later studies failed to show a benefit, "there wasn't much to recommend it," even at the beginning, he said. He also was concerned another FDA decision - its failure to initially regulate tests to determine whether someone had developed antibodies from the virus. After an outcry, it began requiring test makers to seek emergency use authorizations.

Officials have said they permitted the antibody tests onto the market early on to address questions about the prevalence of covid-19, and tightened up as more tests and data became available.

The FDA action on Monday does not affect the drugs' approvals for other uses. Both are approved for treatment of malaria, and hydroxychloroquine is approved for lupus and rheumatoid arthritis. Doctors still will be able to prescribe the drugs to covid-19 patients "off label." Separately, though, the FDA urged health care providers to avoid giving them to patients who are getting the antiviral drug remdesivir. The agency said a laboratory study showed that chloroquine or hydroxychloroquine can reduce remdesivir's antiviral activity.

Both the antimalarial drugs were donated to the Strategic National Stockpile by pharmaceutical companies. The donated chloroquine does not have FDA approval, but chloroquine made by other companies does.

In recent weeks, clinical trials have failed to show hydroxychloroquine is effective in preventing or treating covid-19. A United Kingdom trial was halted in early June because of the lack of evidence that it helped hospitalized patients. A trial conducted by University of Minnesota researchers showed the drug did not prevent covid-19 in healthy people exposed to the virus. Other trials on the drug will continue.

"We've made clear throughout the public health emergency that our actions will be guided by science and that our decisions may evolve as we learn more about the SARS-CoV-2 virus, review the latest data, and consider the balance of risks versus benefits," Anand Shah, FDA deputy commissioner for medical and scientific affairs, said in a statement on Monday.

Luciana Borio, the former director for medical and biodefense preparedness policy at the U.S. National Security Council and a former chief scientist at the FDA, called the FDA action Monday "the right thing to do. This never should have never been issued."