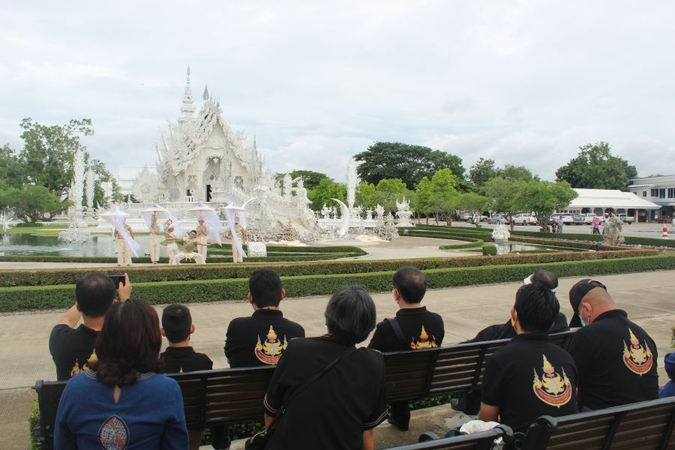 Chiang Rai’s beautiful Wat Rong Khun, known among foreigners as the White Temple, opened its doors on Tuesday (June 16) under the “new normal”.

Thai dancers put up a performance, while “free” tickets were handed out to mark the reopening of the temple, which had closed on March 22 under measures to control the spread of Covid-19.

In line with the new normal, temple officials insured each visitor was screened and told to maintain social distancing. 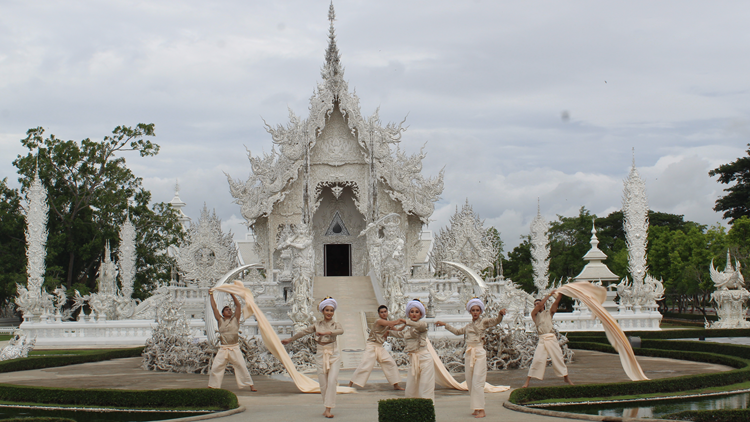 Though most visitors were Thai, there were also foreigners who live in Thailand. However, this is the first time ever that there was not a single Chinese tourist.

Chalermchai Kositpipat, who owns the temple that he designed and built, was there in person to guide visitors and show them the improvements made to the temple’s design.

Although he said he was sorry for those who are suffering due to the outbreak, he admitted that the closure was beneficial for hm, because he got to renovate the areas that were normally too crowded for work to be done.