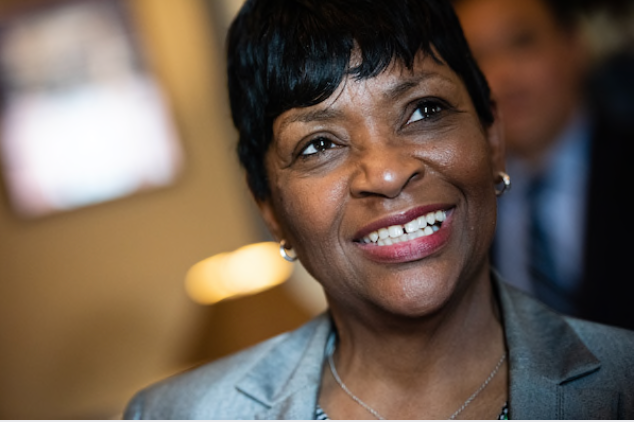 Amid nationwide outrage over racial injustice and police brutality, Maryland Gov. Larry Hogan, R, is under pressure to further limit when state law enforcement agencies can use lethal force.

Democrats on Tuesday pushed him to issue an executive order to ban chokeholds in all instances involving state officers and to dramatically curtail when they can shoot at vehicles or use deadly force to subdue someone.

"Policing in our country is broken," the Democratic caucus of the House of Delegates wrote in a letter to Hogan. "While we have taken some important steps together with you - most notably passage of the Justice Reinvestment Act - we have not done enough to fix policing in Maryland."

Lawmakers asked Hogan to take action immediately that would affect 18 law enforcement agencies under his control, including the Maryland State Police, the Maryland Natural Resources Police and police forces at various public universities.

The governor does not have direct control over the policies of sheriff's offices or city and county police agencies, which most frequently interact with the public.

House Speaker Adrienne Jones, D, the state's first black speaker, drafted the letter, which said that "the past three weeks have exposed what some of us have known for years: that enforcement of our laws has not yielded equal justice."

The letter asked the governor to require the law enforcement agencies he oversees to adopt five "best practices" recommended by the Maryland Police Training and Standards Commission. The best practices were issued years ago as recommendations for agencies statewide, but it was not immediately clear Tuesday how many agencies have adopted them.

"As you know, the House has convened a legislative work group with the full intent of mandating these things in the 2021 legislative session, in addition to other legal requirements to begin to undo the systemic inequality that our justice system continues to hand out every day," the letter said. "However, you have the power with the stroke of your pen to begin this process today."

- "Require that deadly force is only used to 'stop an imminent threat of death or seriously bodily injury to the officer' or a citizen."

- "Require a duty to intervene for those police officers who see another officer 'using force beyond what is objectively reasonable under the circumstances.' "

- "Implement an early warning system to identify excessive incidents involving use of force and immediately retrain that officer."

- "Ban shooting at vehicles, unless the vehicle is clearly being used for deadly force against an officer or another person."

- "Require that every officer within a State law enforcement agency sign an affirmative written sanctity of life pledge to 'respect every human life' and 'act with compassion toward others,' as recommended by MPTSC."

Additionally, the caucus asked Hogan to ban chokeholds in all circumstances. On June 5, Minneapolis City Council enacted such a ban in response to the killing of George Floyd, who died after an officer knelt on his neck for nearly nine minutes.

Floyd's death on May 25 sparked nationwide protests that still continue. The officer, who was later fired, has been charged with second-degree murder. Three other former officers also have been charged.

Hogan spokeswoman Shareese Churchill said several of the policies in the letter are already implemented, but "we will certainly give thoughtful consideration to the Speaker's letter, as well as the conclusions and recommendations of the work group she has established to examine these serious issues."

Hogan and the Democrats who dominate the General Assembly enacted the Justice Reinvestment Act in 2016. The sentencing-reform package, which cut jail time for nonviolent criminals, has helped reduce Maryland's prison population.