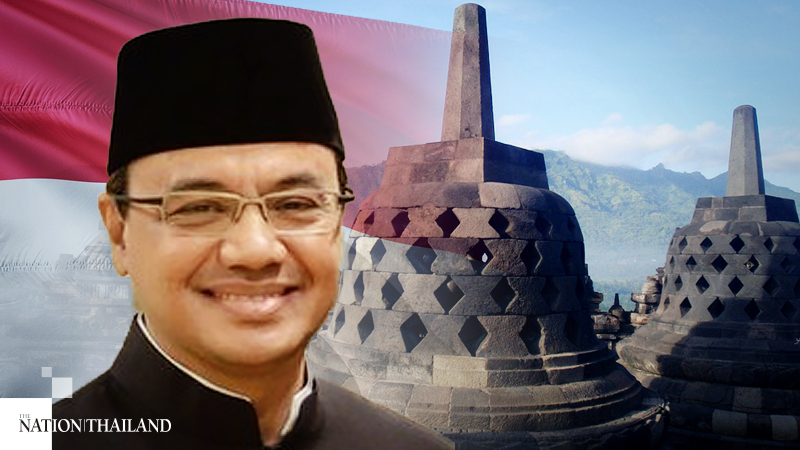 As neighbors begin talks on reopening borders, Indonesia is aiming to create “travel bubbles” with China, South Korea, Japan and Australia, despite COVID-19 infections nationwide showing no signs of slowing down.

Earlier this month, Singapore said it would announce a "fast lane" arrangement with China, while Thailand was in talks to create travel bubbles for tourism that would allow the quarantine-free flow of people between Bangkok and few cities in China, Japan, South Korea and Vietnam.

Foreign Ministry spokesperson Teuku Faizasyah said Indonesia was paying close attention to the trend, but officials were still discussing ways to have such a "travel corridor".

The term “travel bubble” or “travel corridor” refers to an agreement in which countries that are successfully containing the outbreak can open their borders to each other to allow free movement within the bubble.

“We are exploring what [foreign] countries are discussing over travel corridor arrangements, but in essence, we are now working on the principles the Indonesian government needs to have if we implement [a travel corridor],” Teuku said recently.

The Office of the Coordinating Maritime Affairs and Investment Minister has been discussing the issue with the Foreign Ministry, as well as the Tourism and Creative Economy Ministry, with an official saying that they had specifically looked to China, South Korea, Japan and Australia to boost Indonesia’s tourism recovery.

“The four countries were chosen because many tourists and foreign investors in Indonesia come from those countries,” the office’s undersecretary for tourism and creative economy, Odo Manuhutu, said on Friday.

Despite the plan, he said businesspeople would probably be the first and only ones to travel to and from those countries in the near future.

“Hopefully, tourists will gradually follow and visit [Indonesia] after the investors," he said.

The Foreign Ministry, Odo said, was still discussing the requirements for the establishment of travel bubbles before signing an agreement with the four countries.

Australian Ambassador to Indonesia Gary Quinlan said travel restrictions caused by the pandemic had greatly affected the Indonesia-Australia Comprehensive Economic Partnership Agreement (IA-CEPA), a landmark trade deal that had been in negotiations for a decade.

After being ratified earlier this year, the agreement will take effect on July 5.

“We've already lost a tremendous amount of momentum in our economies because of our economic crises caused by the pandemic,” Quinlan said recently.

Even though businesspeople could work remotely during the pandemic, the travel restrictions remained a problem affecting the economic ties of the two neighbors, he added.

“I think certainly my own government realizes that when we move to lift travel restrictions […] we have with Indonesia, business travelers who need to do business to get our economies working should be a priority.”

He said international students would be their next priority, while tourism would still need more time to rebuild, as interest in visiting Indonesia remained high among Australians.

“But it is not possible to do virtual meetings all the time. We need to have policies on how we could move beyond virtual meetings and under what conditions. Probably, there would be exceptions [for essential businesses to freely and safely travel across borders],” she said.

Many countries, including Indonesia, currently require a 14-day quarantine for international arrivals, which, according to Shinta, was just too long for a business trip.

Lawmaker Meutya Hafid called on the government to act quickly to prevent Indonesia from being left behind.

“The concept of doing business and [international] traveling will greatly change in the future, and Indonesia must conduct massive lobbying to ensure it is not left behind [in the global arena], especially in terms of people-to-people interactions,” she said.

Epidemiologist Dicky Budiman, however, said Indonesia was not up to par with China, Australia, South Korea and Japan in terms of its COVID-19 response, let alone creating travel bubbles.

"The idea of travel bubbles, or COVID-19 corridors, is actually opening borders or entrances between countries that are equal in terms of pandemic control while having strong economic and tourism relations. There's a certain level of trust there," he said on Tuesday.

He added that the basis to negotiate the travel bubble was when countries had no new cases, and currently in the Asia Pacific region, only Australia, New Zealand and Taiwan meet the criteria. Meanwhile, in ASEAN, he said, only Vietnam and Thailand were so far fit for the plan to create travel bubbles.

Indonesia’s daily infection rate has increased by around 1,000 new cases on average in the past week. The Health Ministry announced 1,017 new confirmed cases on Monday, bringing the total number of infections nationwide to 39,294.

For Indonesia, the most realistic plan is to have strict COVID-19 control in selected islands such as Bali but only after authorities expanded and improved testing, tracing and isolation within the next month, Dicky said.

"The government has to work extra hard to control the pandemic with massive and aggressive testing and tracing, as well as measures to isolate and treat [patients] so that economic recovery and reopening tourism are possible," he said.