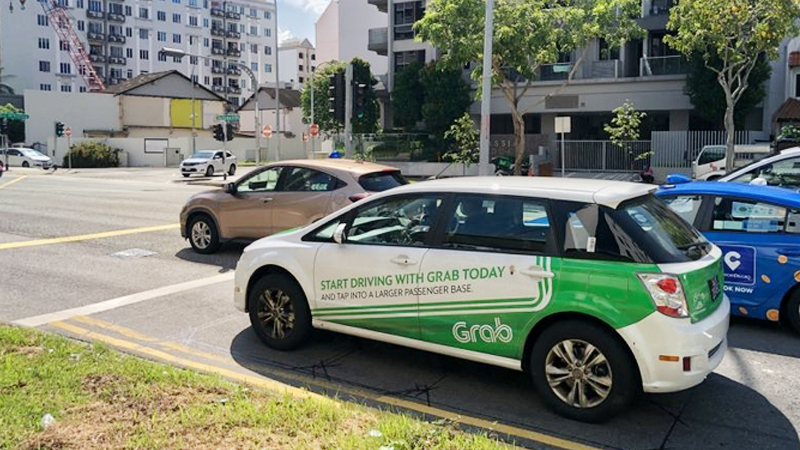 Demand for ride-hailing services, which is Grab's main business, has fallen amid the pandemic. ST PHOTO: DESMOND WEE

SINGAPORE - Technology company Grab is cutting about 360 jobs, or about 5 per cent of its headcount, amid the growing economic fallout from the Covid-19 pandemic.

It has also dropped a series of incentive schemes for drivers, including monthly trip target bonuses and birthday rewards.

Demand for ride-hailing services, which is Grab's main business, has fallen amid the pandemic.

In a note to employees, which was posted on Grab’s website, Mr Tan said that the company has tried its best to avoid the cuts.

“We... had to accept that the difficult cuts we are making today are required, because millions depend on us for a living in this new normal,” he said.

Grab completed a review over the past few months, and cut back on its discretionary spending, Mr Tan said. But it needed to “become leaner as an organisation in order to tackle the challenges of the post-pandemic economy”, he added.

Mr Tan said that Grab would be cutting “some non-core projects, consolidating functions for greater efficiency, and right-sizing teams to better match our changing business needs, given the external environment”.

It would focus on its delivery services by re-deploying staff to meet the increased demand for deliveries, he added.

“We were able to save many jobs through this re-deployment of resources and it helped limit the scope of the reduction exercise to just under 5 per cent,” Mr Tan said.

“I assure you that this will be the last organisation-wide layoff this year, and I am confident as we execute against our refreshed plans to meet our targets, we will not have to go through this painful exercise again in the foreseeable future.”

Other focus areas for the company were its ride-hailing, payments and financial services, Mr Tan said.

“We will expand support for small businesses by enriching our merchant service offerings,” he added.

Staff affected by the cuts would be notified through e-mail on Tuesday.

Mr Tan wrote: “We want to make sure you can speak to your business manager and HR representative personally, and have organised these discussions to take place as soon as possible over the next two days.”

Grab had earlier cut the pay of its senior management by up to 20 per cent and encouraged staff to take voluntary no-pay leave as part of cost-cutting measures.

Co-founder Tan Hooi Ling said in May that Grab's overall revenue had been dragged down by its core ride-hailing business since the pandemic began.

The home-grown start-up was preparing for a "potentially long winter" and taking cost-cutting measures, she said.

The uptick in its food delivery business, as most Singaporeans stayed home to work, was not enough to make up for the revenue fall, Reuters reported.