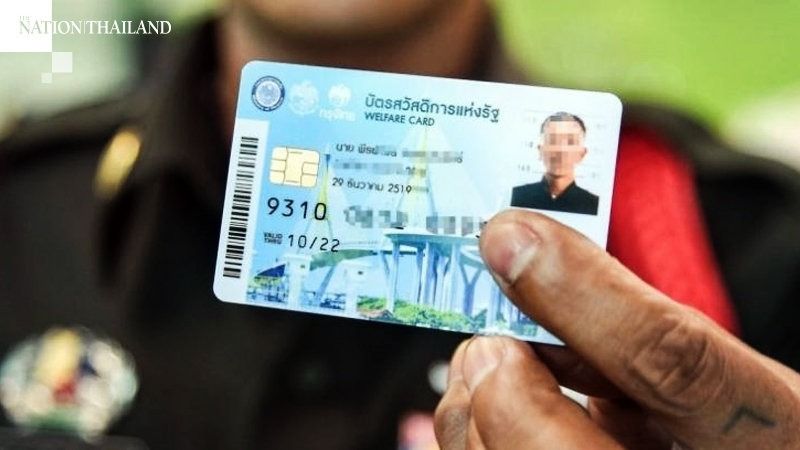 Holders of state welfare cards who have not received financial aid through any of the other government campaigns will be automatically eligible for a Bt3,000 handout, director-general of the Fiscal Policy Office, Lavaron Sangsnit, said.

The Cabinet on Tuesday (June 16) approved the Bt3,000 handout, to be paid in three instalments of Bt1,000 per month, to holders of state welfare cards who have not received any government financial aid in a move to help those affected by the Covid-19 crisis.

Those who have received Bt3,000 from a campaign by the Ministry of Social Development and Human Security aiming to help people in vulnerable groups, also will be excluded.

“The handout will be deposited automatically in the card from May [retroactively] until July with no registration required as other campaigns,” Lavaron said. “Currently there are 13.4 million state welfare card holders, but only 1,164,222 people or 8 per cent will be eligible for the handout, with a total budget of Bt3.492 billion.”