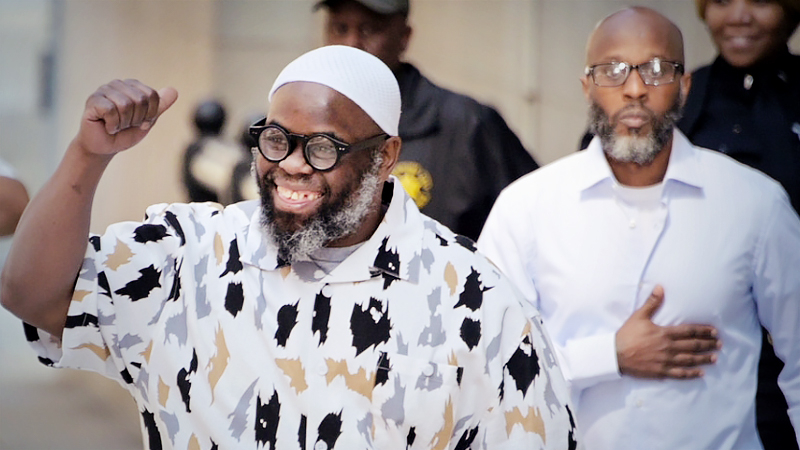 Eric Simmons and JR McPherson, two brothers who spent 24 years in prison for a murder they didn't commit, were awarded nearly $2 million each by the state of Maryland on Wednesday, becoming the 9th and 10th exonerees to receive compensation from the state since October.

The Maryland Board of Public Works voted unanimously to pay Simmons and McPherson eight payments totaling $1.9 million through July 2025.

The two men were in their early 20s when they were convicted in 1995 of conspiracy to commit murder and sentenced to life in prison.

An official at the New York-based Innocence Project, which worked on their release, said police coerced a 13-year-old into identifying Simmons and McPherson in connection with the killing of Anthony Wooden.

The boy, who originally told officers that the brothers were not involved, later said they were. He recanted his taped testimony during trial.

Another witness was a paid informant who said she saw the pair, even though she lived a block away from the shooting.

The Mid-Atlantic Innocence Project, the University of Baltimore Innocence Project Clinic, and the Baltimore City State's Attorney's Conviction Integrity Unit opened a joint investigation that proved the brothersdid not commit the crime.

After Baltimore City State's Attorney Marilyn Mosby, a Democrat, signed a writ of actual innocence, the charges were dropped and the brothers were released from prison in May 2019.

Simmons, now 49, said in an interview that while he is appreciative of the action taken by the Board of Public Works, no amount of money will take away the pain of his past.

"My mother died in '09 and I can't get that back," said Simmons, who sees a psychotherapist and takes three different medications to deal with sleeplessness and anxiety. "Money can't fix the time I got jumped on and [guards] would beat me and put me in the hole. Money can't fix that."

Lt. Gov. Boyd Rutherford, a Republican, who sits on the board with Comptroller Peter Franchot, a Democrat, and Nancy Kopp, a Democrat, said the compensation "is really so small when it comes to 24 . . . years taken from you."

Kopp apologized and called for reforms in the justice system that would put a stop to innocent people from being jailed for crimes they did not commit. "We owe these gentlemen not only financial payment, which we are making, but our sincere apologies and resolution to oversee changes in the system to prevent this from happening in the future," she said.

In the wake of George Floyd's death and protests demanding social justice, Rutherford said, he is hopeful that changes will be implemented that will lead to fewer wrongful convictions. "This is an opportunity," he said. "We are in a moment in time when we can make systemic changes."

In the meantime, Michelle Feldman, state campaigns director for the Innocence Project, said advocates will continue to push for legislation in Maryland to more quickly and easily compensate those who are wrongly convicted. Previous efforts have failed.

Simmons said he has not been able to think about what his future holds.

"I wake up every day and ask if it's real," he said. While in prison, he would have dreams of being home and wake up still behind bars.

He thinks he may take a course to become a personal trainer. Next year, he plans to join other exonerees lobbying for a state law improving the compensation process.

"I worry about the people behind me may not get the help that I got," he said. "If God gives me the will and the ability I plan on being there. The fight don't just end now."

Simmons said he often thinks of times when he thought he would die in prison, unable to prove his innocence or win release. In 2010, he said, the parole board told him to "never come back. You'll never get parole."

"It almost took the life out of me," he said. "If it was up to me, I wouldn't have wanted to wake up after that. It was just God who put breath in my body."

McPherson, 46, was unavailable for an interview.

Maryland's process for compensating exonerees is so onerous that few have been eligible to apply. Before last fall, the state had not awarded money for a wrongful conviction since 2004.

After an outcry by advocates and state lawmakers, the Board of Public works voted in October to pay $9 million to five exonerees who had served a collective 120 years in prison. They had waited as long as 20 months for the state to respond to their petitions.

In March, the state approved another payout of nearly $9 million to three Baltimore men who were teenagers when they were wrongly convicted of murder in 1984.