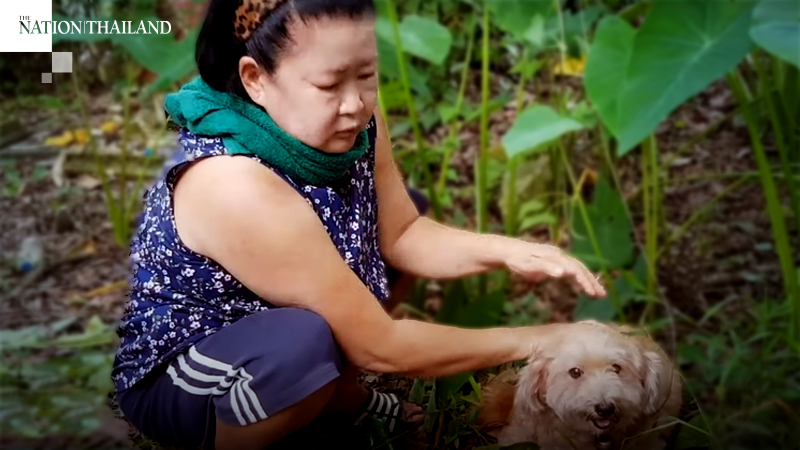 A smart dog helped find its missing owner, who was found dead in a canal in Samut Songkram province.

Bang Khonthi Police Station was informed this week that the body of a dead man was found in a local canal in Bang Khonthi district. The canal is near a pomelo farm. The man, named Phichai, was topless but there no wounds on his body.

Somsri Bunchongchit, his wife’s sister, 62, said that the man went out from his house to cut banana leaves as usual in the early morning but did not return for a long time.

"We tried to search for him, but could not find him," she said.

In the evening, his dog was released from its kennel.

Tailed by the missing man's daughter, the dog ran towards the canal where his body was found.

Initial investigation suggested the man possibly slipped and accidentally fell into the water.