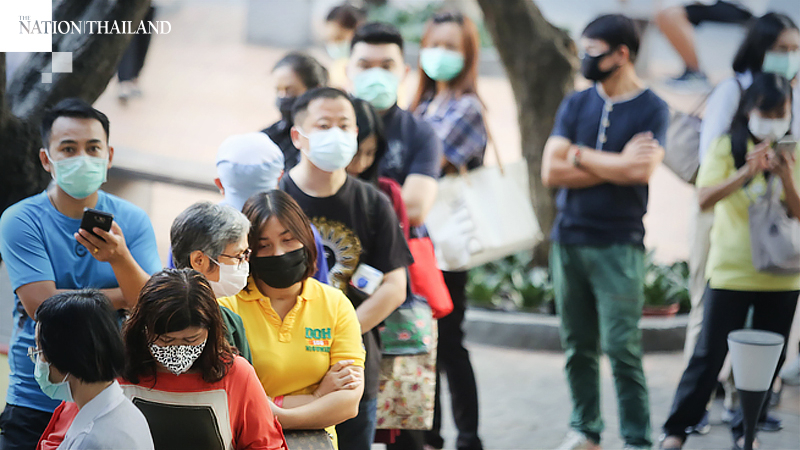 “The latest survey, which took place from May 26-30, revealed that the stress level of medical personnel had increased from 4.8 per cent in the fifth survey to 7.9 per cent, while the stress level among the general public had also jumped from 2.7 to 4.2 per cent,” he said.

The survey also indicates an increase in depression level among both groups (from 1.4 to 3 per cent among medical personnel and from 0.9 to 1.6 per cent among general public), while the tendency to commit self- harm also has increased from 0.6 to 1.3 per cent and 0.7 to 0.9 per cent respectively. “Although the increases are not significant or alarming, it is necessary to keep on monitoring the trend as depression is a major contributor to self-harm tendency,” added Jumphot.

“As for the impact of Covid-19 on the economic and social aspects, the survey revealed that both groups have increased concerns over Covid-19 infection when going out in public and a spike in expenses although the infection rate in Thailand has gone down and the lockdown measures have been lifted,” he added. “However, it is a good sign that around 99 per cent of respondents said they are still confident in the efficiency of local public health agencies and staff in their areas.”

“If you notice that family members or yourself are having an increasing level of stress or experiencing swift changes in emotions or behaviours (such as drinking alcohol or smoking more often), please consult the nearest public health office or contact Mental Health Hotline 1323,” added Jumphot.