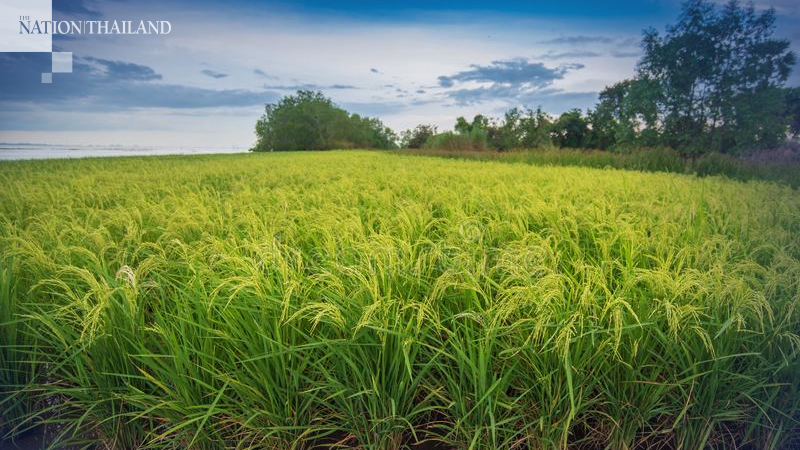 The National Rice Policy Committee has earmarked about Bt100 billion to provide subsidies for rice farmers for the 2020-2021 crop year.

Ratchada Thanadirek, deputy government spokesperson, said the committee chaired by PM Prayut Chan-o-cha, agreed in principle to provide subsidies to rice farmers from September 1 to May 31, 2021.

Initially the government will launch the rice-production enhancement project, under which each farming family will be granted Bt1,000 per rai, limited at 20 rai. About 4 million families will get financial aid worth a total of Bt56 billion. This subsidy has been increased from last year’s Bt500 per rai offer, she told the press after the meeting on Thursday (June 18).

The next step will be providing financial aid to delay the release of 7 million tonnes of paddy rice in the market in a move to shore up the price, which usually drops when large amounts of paddy flows into the market in the beginning of the harvest season.

This is estimated to cost a total of Bt36 billion, of which Bt30.3 billion will be spent on loans and Bt5.7 billion in cash transfers. Rice traders who stockpile rice, will also get a 3 per cent subsidy on interest rates, which will cost the government a total of Bt610 million.

The third step will be organising rice marketplaces worth about Bt2.8 billion, she said.

The government is also planning to set aside Bt2.34 billion for the income-guarantee programme, though some members of the committee are proposing an extra Bt2 billion spending on this scheme, so the new proposal will be submitted later.

Farmers will also be paid the difference between the market price and reference price set by the government.

Deputy Agriculture and Cooperatives Minister Prapat Phothasuthon said some farmers did not benefit from the income guarantee last year, and that is why the government may need to spend an extra Bt2 billion on this scheme.

The government last year offered a price guarantee of Bt15,000 per tonne for fragrant rice, Bt14,000 for fragrant rice outside designated areas, Bt10,000 for ordinary rice and Bt12,000 for glutinous rice.