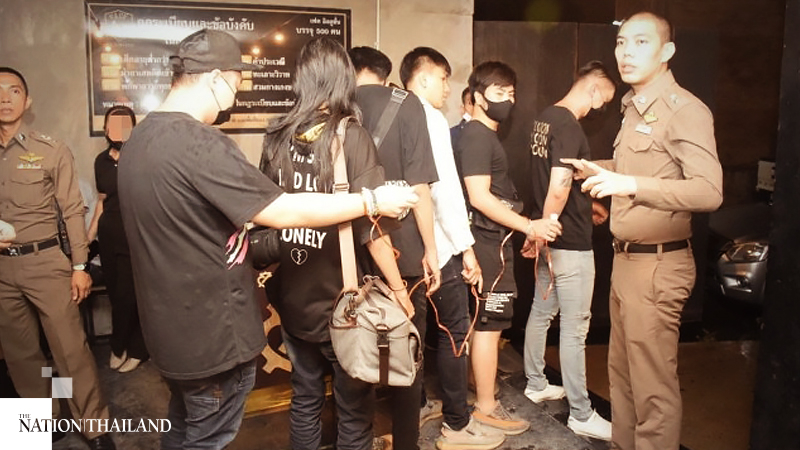 Almost a hundred partygoers were busted at a pub on Bangkok’s Pradit Manutham Road for violating the emergency decree that prohibits public gathering during the Covid-19 situation.

At 12.30am on Friday (June 19), 50 police officers from Khok Khram Police Station raided an entertainment business named "Fake Illusion" on Pradit Manutham Road in Beung Kum district after they were tipped off about an illegal party with the use of alcohol and drugs. 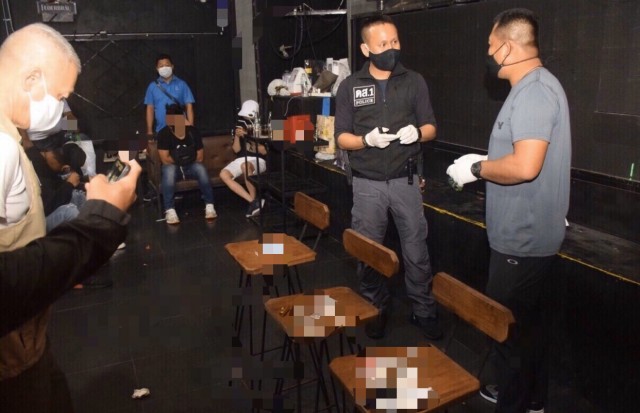 At the two-storey pub located over 1 rai of land, officials found 96 partygoers -- 64 male and 32 female -- dancing to loud music and drinking. Four were underage, aged 16-17. 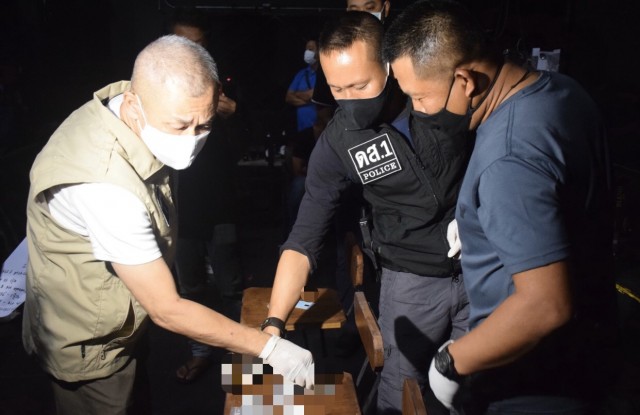 All 96 revellers were charged with violating the emergency decree, while those who tested positive for narcotics will be sent to a hospital to confirm the results before being charged with drug use. Police will also hold the car owner in custody while the gun’s origin is being inspected.