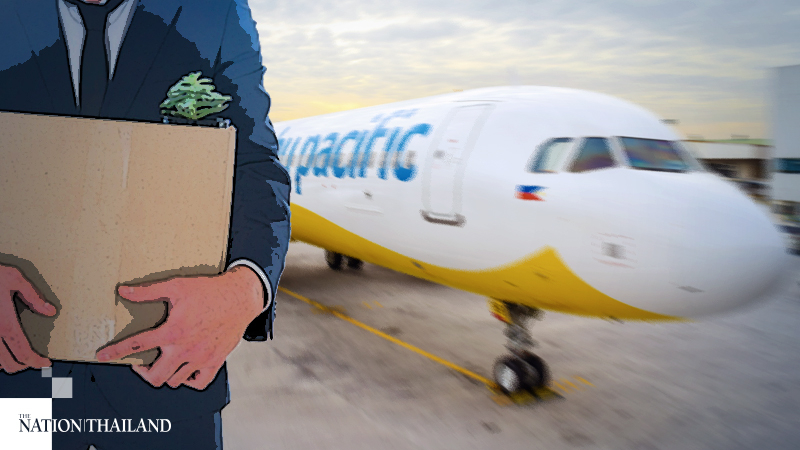 The COVID-19 pandemic has forced the ground handling company of Cebu Pacific to lay off more than 1,000 employees, or a quarter of its workforce, in the single-largest retrenchment in the local aviation industry due to the health crisis.

1Aviation Groundhandling Services Corp. on Thursday said the move was part of “drastic measures to ensure its survival” as the pandemic continued to pummel the air travel business.

“With a heavy heart, we are left with no other recourse but to let go of 25 percent of our total workforce,” the company said in a statement. The workers’ last day will be on July 20.

Other local carriers have also cut jobs to conserve cash amid the pandemic.

Aviation ground handling, whose services include baggage sorting and aircraft towing, is a key sector in the airline business.

Cebu Pacific is the biggest client and also a part owner of 1Aviation, which is controlled by businessman Jefferson Cheng’s Philippine Airport Ground Support Solutions Inc.

The layoffs followed the dramatic reduction in the number of flights, which was due to weak demand and strict government regulations on air travel as COVID-19 cases around the country continued to rise.

The retrenchment will add to rising unemployment as the economy is poised to enter a recession.

The Philippine Statistics Authority on June 5 reported a record 17.7 percent unemployment rate with 7.3 million Filipinos jobless at the height of the lockdown in April.

1Aviation said all the workers who would be laid off “will be treated fairly and respectfully.”

“The welfare of affected employees will be taken care of as we always do, with packages that are above what the law requires,” the company said.

“We also assured them that they will be prioritized for hiring once the situation stabilizes and business picks up again,” it added.

Cebu Pacific is also reducing investments for the year, as it anticipates a slowdown in business, according to CEO Lance Gokongwei. The company swung to a net loss of P1.18 billion in the first quarter of 2020 from a P3.36-billion profit as the pandemic hit.

In a letter to national government agencies last March, the Air Carriers Association of the Philippines called the COVID-19 crisis an “existential threat” to the airline industry.

The recovery of the local airline industry could take at least two years, according to the International Air Transport Association.

The trade group had estimated the global airline industry losses at $4.48 billion.

The local carriers and tourism could lose as many as 548,300 jobs this year.

The aviation sector is banking on the COVID-19 stimulus bills, which will make it easier for them to obtain emergency loans from the government.

The proposed financial packages, such as the P1.3-trillion Philippine Economic Stimulus Act of 2020, have stalled over questions about how they will be funded.

One of the stimulus bills will allow the government to step in and grant emergency credit, interest-free loans of up to five years, and debt guarantees.

This will help cash-strapped airlines restructure their loans or even assist in rehabilitation. It will set aside a total of P70 billion for transport businesses, which includes assistance to maritime and public utility vehicle operators. Also included are trucking, shipping and railways.