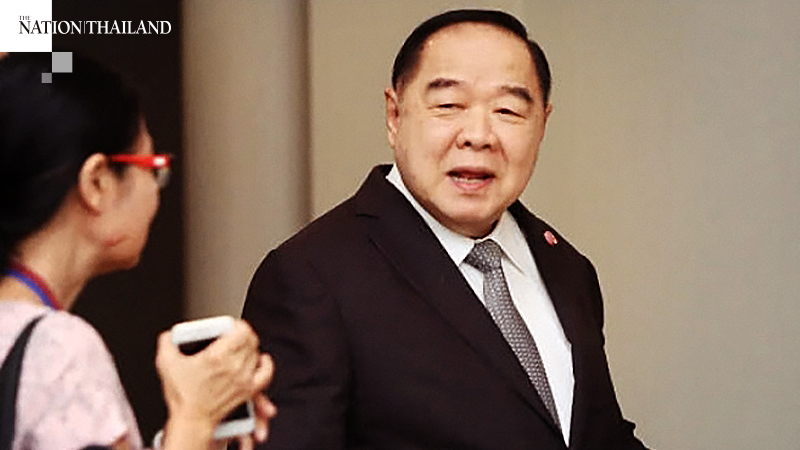 Deputy Prime Minister General Prawit Wongsuwan will be requested to take over as leader of Palang Pracharat Party after the executive board is elected, senior party officials said.

Uttama Savanayana is currently acting leader of the party.

Government chief whip and Palang Pracharat MP Wirat Rattanaset said on Friday (June 19) that before the party’s meeting on June 23, senior party leaders and other members will go to Government House to personally invite Prawit to take over as party leader. They plan to meet him in the morning before the Cabinet meeting starts.

The name of the new leader will be proposed at the big meeting on June 27.

Wirat said Prawit's wide acceptability would help unite the party that is having conflicts and make it even stronger so that the public's confidence in Palang Pracharat is restored.