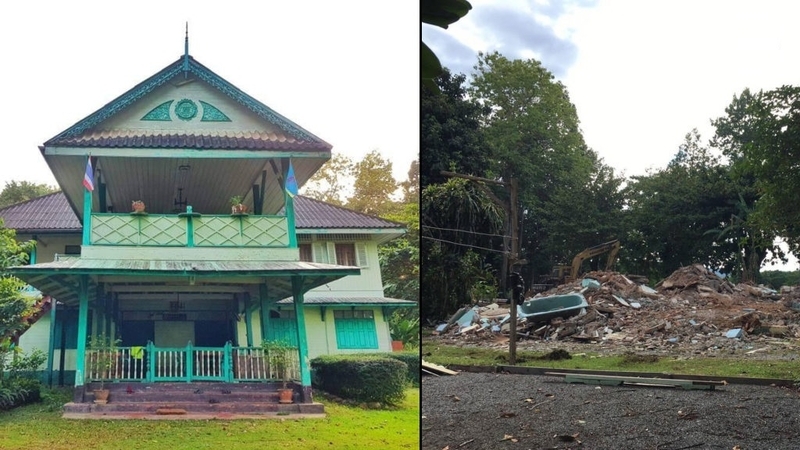 The Fine Arts Department is sending experts to inspect and begin work on restoration of a 127-year-old building in Phrae province which was demolished by the authorities, angering locals.

The building was once owned by Bombay Burmah Trading Company, the first to be engaged in the wood business in the province.

Reacting to local furore over the destruction of a heritage building, Prateep Pengtako, director-general of the Fine Arts Department, said that he had sent experts from the Office of Architecture and the Fine Arts 7 Office of Chiang Mai to investigate and coordinate with all relevant departments.

They have been asked to gather information and summarise the joint operating guidelines between the department and Phrae provincial officials towards restoration of buildings under the guidelines for preserving ancient sites, Prateep said.

The Bombay Burmah Trading Co building was located in the Chetawan Arboretum area under the supervision of the Office of Conservation Area 13 (Phrae) of Department of National Parks, Wildlife and Plant Conservation.

Initially, the architecture of the building must be determined and materials from the debris reused as much as possible so that the building can be returned to its original form, Prateep said.

The local authorities said they had intended to renovate the building for a forestry learning centre proposed by Phrae’s Tourism and Sports authority, reportedly verified by Chokdee Amornwat, deputy governor of Phrae, and approved by Governor Kanprempree Sitanon. Following the furore among the public and the private sector, the governor has denied having any knowledge of the matter.

Meanwhile, according to sources the private contractor involved in the project has claimed that the base of the building was unstable so they had to completely demolish it but a local engineer disagrees with the assessment.