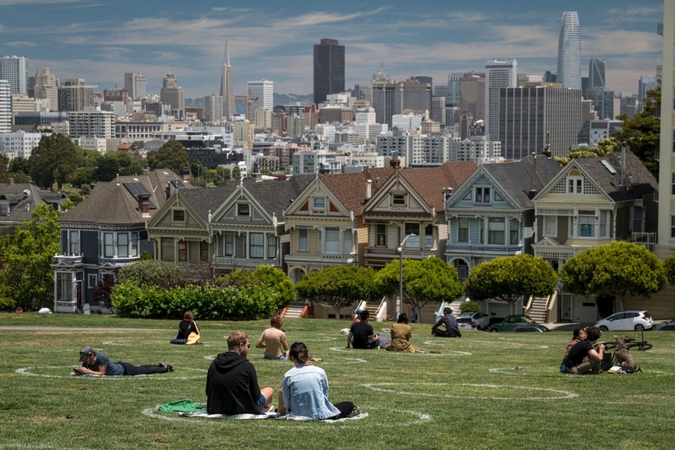 The virus is winning. That much is certain more than six months into a shape-shifting pandemic that's killed more than 454,000 people worldwide, is gaining ground globally and has disrupted lives from Wuhan to Sao Paulo.

While promising, fast-moving vaccine projects are underway in China, Europe and the U.S., only the most optimistic expect an effective shot to be ready for global distribution this year.

If, as most experts believe, an effective vaccine won't be ready until well into 2021, we'll all be co-existing with the coronavirus for the next year or longer without a magic bullet. And this next phase of the crisis may require us to reset our expectations and awareness and change our behavior, according to public-health professionals.

In their view, success isn't defined as returning to life as it was in 2019. Rather, it's about buying time and summoning the staying power and policy flexibility to limit the destructive capacity of an expanding pandemic, which may result in global deaths of more than one million according to one estimate, until there are medical tools to effectively treat and immunize against the virus.

"People are fatigued. They mistakenly feel that things were going away," said Cameron Wolfe, an infectious-disease doctor and associate professor of medicine at Duke University. "We're going to have to figure out a way to live with this."

Complicating matters, the perceived threat varies from neighborhood to neighborhood, let alone country to country. Much depends on the severity of local outbreaks and the effectiveness of testing, contact tracing, social distancing, hospital systems and public-health messaging that is free of political shading. 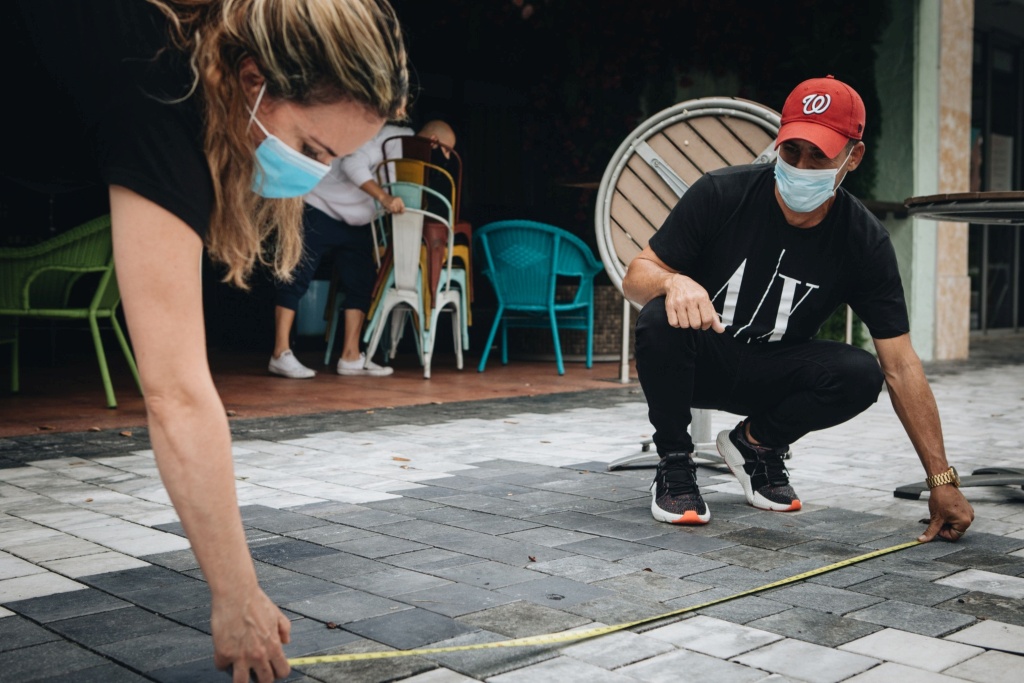 Leaders such as U.S. President Donald Trump, British Prime Minister Boris Johnson or Brazilian President Jair Bolsonaro have seen their poll numbers crumble at least in part because of high infection rates and deaths from covid-19, the disease spawned by the virus. In many instances, messages from the top have seemed to conflict with the advice of experts, or drowned out the guidance of government agencies. That has created confusion and mistrust and invited people to view public-health information through a partisan lens.

Not all the news is grim. In the first half of the year, governments worldwide resorted to emergency measures like forced business closures, stay-at-home rules and bans on large gatherings. The moves slowed infection, saved lives and gave leaders time to stockpile medical equipment and supplies.

Yet that progress came at the cost of economic contraction, soaring unemployment and trillions of dollars in fiscal and monetary stimulus measures. Governments are likely to be reluctant to resort to wholesale lockdowns again in anything short of a catastrophe.

Instead, the biggest economies seem intent on reopening, even if the pace varies. That, in turn, means more social mobility and more opportunities for the virus to spread. Already, scientists who track virus trends are seeing signs that re-opening is leading to a spike in cases.

"I understand there is a perception of the need to balance on these economic considerations," said Ada Adimora, an epidemiologist and professor of medicine in infectious diseases at the University of North Carolina School of Medicine. "But to the extent that we open up society and have people going to restaurants - you can't wear a mask while you eat - you are not really working to control the threat of the virus."

The ability to co-exist with SARS-CoV-2, as the virus is known, will increasingly ride on how individuals assess risks and make decisions.

"No activity will be without the risk of coronavirus," said Amesh Adalja, a senior scholar at Johns Hopkins Center for Health Security in Baltimore. "It's just how much risk people think is worth assuming."

Trouble is, the virus is stealthy. Countries like China and South Korea that contained their local outbreaks have seen secondary flare-ups. Beijing this week closed its school system and limited international flights after a new outbreak spread to neighboring provinces. In Germany, which has kept its death toll below that of other large European countries, new clusters of infection emerged in a slaughterhouse and a Berlin apartment block.

In the U.S., the pandemic has made inroads into Sun Belt states like Florida, Texas and Arizona after hard-won gains taming it in New York. Latin America, spared early on, is now getting walloped. Brazil, home to densely populated urban centers and rural areas with weak health-care systems, has become a new epicenter.

The resurgence in cases in China and the U.S. shows what can happen when regions start to lift restrictions, according to Seth Berkley, chief executive officer of Gavi, the Vaccine Alliance. The nonprofit is part of a global effort to deploy coronavirus vaccines equitably.

"Clearly it isn't over anywhere," Berkley said in an interview. "We need to have some humility in how we manage this thing going forward. Obviously if we were to just throw open the gates and try to go completely back to normal, we would see continued spread of the virus."

While the virus ebbs and flows regionally, it's on the march at the global level, where there are 8.5 million confirmed cases and the pace is accelerating. At the start of May, the daily tally of new confirmed cases was running at about 88,000; now it's 176,000, according to data compiled by Johns Hopkins University. Some experts say the global death toll will top one million.

"We'll go well over a million," said Eric Topol, director of the Scripps Research Translational Institute in California. "I wouldn't be surprised by 2022 if we go into a couple million or more, knowing that there are so many people out there who are vulnerable."

Reopening campaigns in the U.S. have prompted the University of Washington's Institute for Health Metrics and Evaluation to increase its U.S. death-toll forecast for the start of October by 18% to 200,000. As of June 16, covid-19 has resulted in 118,000 lost American lives.

"I'm not sure how you prepare for something of this magnitude and severity," said Carissa Etienne, director of the Pan American Health Organization. "It's almost difficult to conceptualize."

A reprieve from the pandemic that Trump and other experts had hoped would come with the arrival of warmer weather hasn't yet materialized and may not ever, according to to Davidson Hamer, a professor of global health and medicine at the Boston University School of Public Health and School of Medicine. If people feel a false sense of security, they're less likely to wear masks and avoid large gatherings.

"The real worrisome time will be this fall, when we are reopening universities and returning to work, with more people inside and cooler temperatures," Hamer said. "It's the perfect storm for a resurgence of disease."

The high number of asymptomatic infections is having a huge impact, according to Topol. "This is the worst pandemic in 100 years," he said. "1918 didn't have 30% of people who were infected who didn't know it. It's the stealth infection thing that adds to the mix.''

Drug developers are racing to find effective treatments and a vaccine. This week, University of Oxford researchers reported that a low-cost, widely used anti-inflammatory drug called dexamethasone improved survival in covid-19 patients, the first treatment to show life-saving promise months into the pandemic.

U.S. officials and scientists have launched an accelerated program that aims to have a vaccine to prevent covid-19 by the first half of 2021, but White House health adviser Anthony Fauci has cautioned that it could take longer.

Promising candidates include shots being developed by biotechnology company Moderna, several Chinese programs and a partnership of the University of Oxford and AstraZeneca projecting a vaccine as early as September.

The World Health Organization hopes there will be about 2 billion doses of a handful of effective vaccines available by the end of next year, Chief Scientist Soumya Swaminathan said at a briefing this week. But that's enough for less than one-third of the world's population.

Future vaccines that do arrive on the scene may not provide long-term immunity. If SARS-CoV-2 is like other coronaviruses, including some that cause the common cold, individuals may need annual booster shots to ward off subtle changes, Fauci said in a recent interview.

Without a vaccine in place, countries are doing the best they can to contain the virus with contact tracing and targeted quarantines. Testing is crucial, and many countries still haven't ramped up their capability sufficiently to identify outbreaks when they're still small enough to bottle up, said David Heymann, professor at the London School of Hygiene & Tropical Medicine, who led the WHO's response to severe acute respiratory syndrome in 2003.

"It's all trial and error but if you know the epidemiology and where transmission is occurring you can do a more tailored response," he said.

As the pandemic rolls into the summer, this much is clear. The virus will not "fade away" even without a vaccine, as Trump predicted this week.

"This was never something that would be containable or would disappear," said Adalja at Johns Hopkins. "It spreads too efficiently between humans. That's all it needs to do."