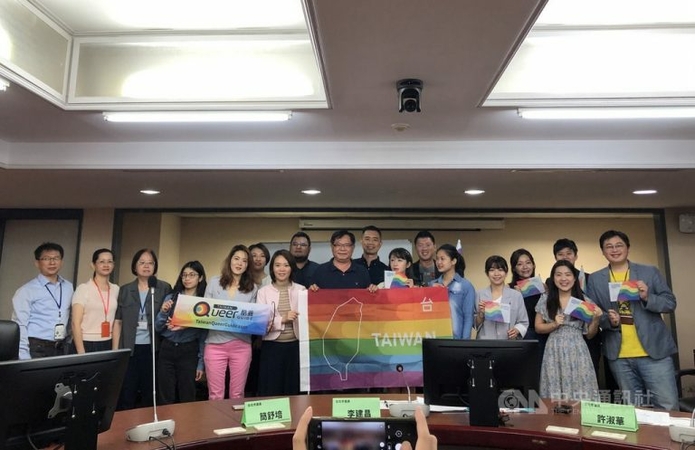 TAIPEI (CNA) — Taipei plans to boost its status as an LGBT tourist destination once the COVID-19 pandemic has lifted by offering commemorative certificates to same-sex couples visiting from abroad, the city’s Department of Civil Affairs (DCA) said Wednesday.

Taiwan became the first country in Asia to pass a marriage equality law last May and more than 4,000 couples tied the knot in the first year since the policy took effect, according to the Ministry of the Interior.

On Wednesday, Taipei City Councilor Lee Chien-chang (李建昌) held a forum to discuss how the city can use this distinction to promote its LGBT or “rainbow” economy, particularly in the tourism sector.

At the event, DCA Section Chief Wu Chung-hsin (吳重信) said the city government plans to offer “commemorative certificates” to visiting LGBT couples, though their exact name and design are still under discussion.

The certificates will have no legal validity but will be available as souvenirs to strengthen the city’s image as an LGBT-friendly tourist destination, the department said.

The city plans to make a formal proposal in August, launch a website to promote the certificates in September, and have them available for the annual gay pride parade in October, Wu said.

In response, Teng Chu-yuan (鄧竹媛), Deputy CEO of the advocacy group Equal Love Taiwan, said she hoped the certificates will draw attention to the fact that Taiwan still does not recognize transnational same-sex marriages in which one partner comes from a country where such unions are illegal.